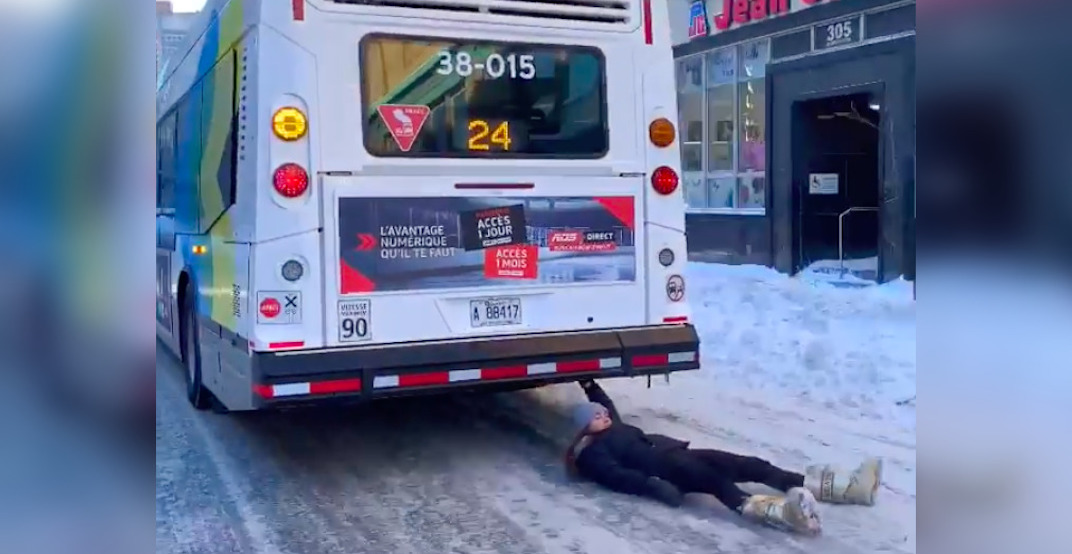 Montreal police are looking into the “authenticity” of a viral video that shows a woman holding onto the bumper of an STM bus as she’s dragged on her back through the busy, snowy streets of Montreal.

A spokesperson for the Service de police de la Ville de Montréal (SPVM) told Daily Hive that an investigation had been launched Sunday morning, a day after being notified about the video.

The video, posted across social media on Saturday, is from an account called cass.officiel who promotes herself as an “adrenaline addict” and an extreme sports athlete.

The page features other videos of the self-proclaimed stunt woman doing tricks atop Montreal building, standing on top of cabs in New York City, and circus tricks on Lime scooters, among others.

The account’s latest video included the caption “when you miss your bus.”

The SPVM says, if proven a fault, the actions would be considered car surfing according to Quebec’s Highway Safety Code, punishable by a fine of up to $2,000 and the possibility of 12 docked demerit points.

The video has racked up over 94,000 views on Instagram since being uploaded on Saturday afternoon.