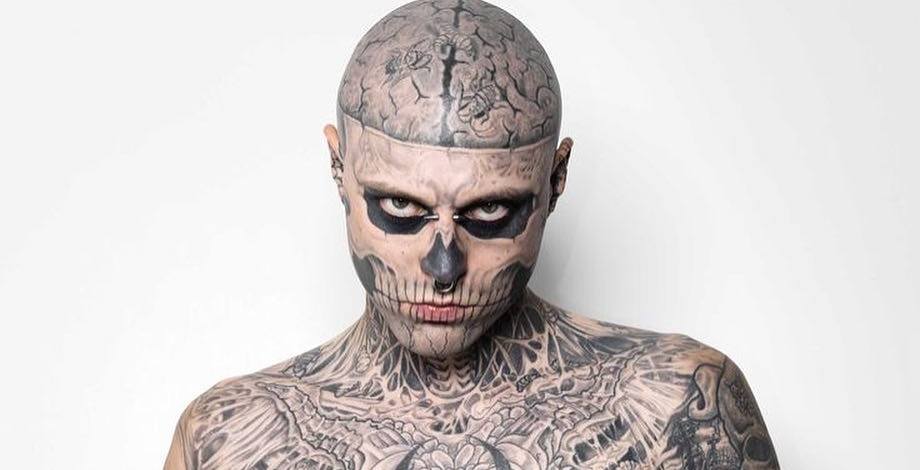 His agency, Dulcedo Management, posted a message on their Facebook page confirming the news.

Genest first started gaining the public’s attention after having his entire body, head to toe, covered in tattoos. He holds a Guinness World Record for the most human bone tattoos on the body with 139.

His body art attracted model and fashion agencies throughout North America and Europe and in 2011 he appeared in Lady Gaga’s Born This Way music video.

Genest was born in the Lasalle borough of Montreal before moving off-island to Chateauguay. He was found in the Mont Royal district on Wednesday night and police are classifying his death as a suicide.

On Thursday, Lady Gaga called on people in pain and mental distress to reach out to each other.

The suicide of friend Rick Genest, Zombie Boy is beyond devastating. We have to work harder to change the culture, bring Mental Health to the forefront and erase the stigma that we can’t talk about it. If you are suffering, call a friend or family today. We must save each other. pic.twitter.com/THz6x5JlpB