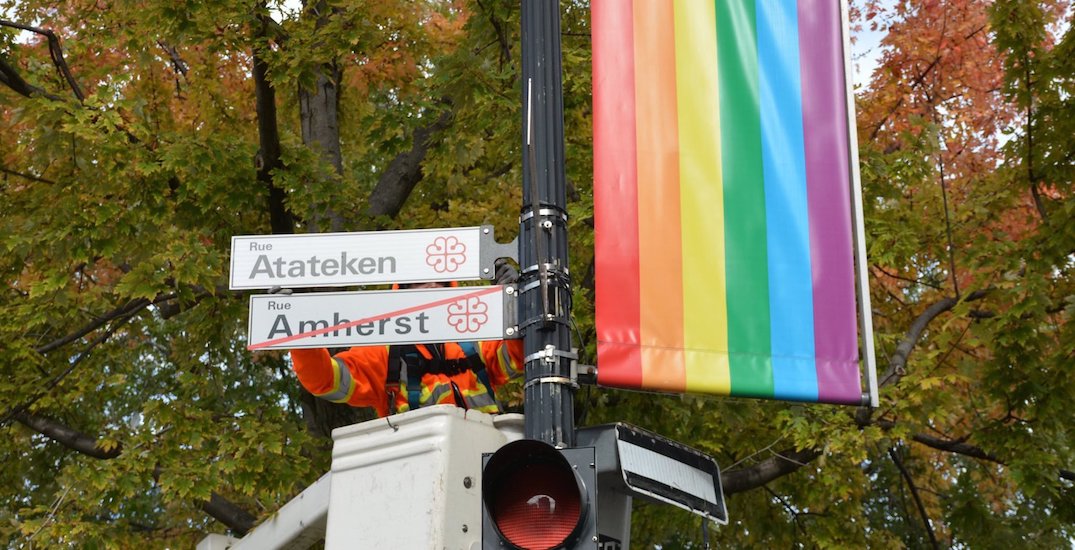 Amherst Street signs in the eastern part of downtown Montreal have begun to change, but not all at once.

In June, the city of Montreal announced that the street would be renamed to “Atateken” to honour Indigenous people.

“I am moved to see us all arrive together to make this gesture,” said Montreal Mayor Valéries Plante in June, in French. “Replacing a Montreal name that has been criticized for years to a unifying one that invites peace and sharing between Aboriginal and non-native cultures, embodies the spirit of Montreal in its reconciliation program.”

In 2017, then-mayor Denis Coderre said celebrating “someone who wanted to exterminate Indigenous peoples” wasn’t the best path toward reconciliation, and announced the name would be changed.

The word “Atateken” means “brothers and sisters” in the kanien’keha (Mohawk) language. It carries with it the notion of relationships and equality between people, according to a Ville de Montreal press release.

To make the transition easier for citizens, both names will be displayed on street signs for “several weeks” until Atateken Street takes over permanently. 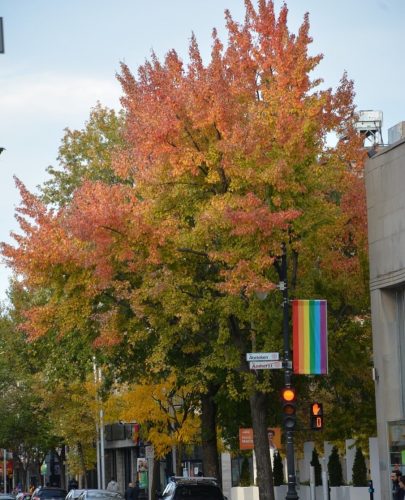