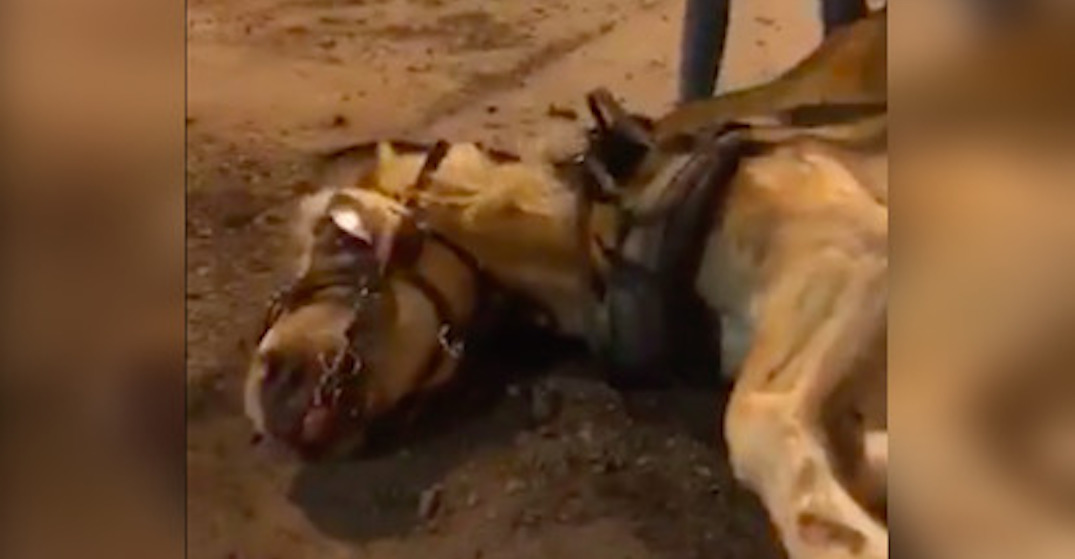 A video of a white calèche horse lying on the streets of Griffintown has been shared by the  Anti-calèche defense coalition on Facebook over the weekend.

According to the group, the horse slipped just after 11 pm on Saturday night on the corner of William Street and Richmond Avenue and couldn’t get back up.

Daily Hive reached out the Montreal police who said they won’t be investigating the incident as “there was no proof that the animal was mistreated.”

Regardless, the Anti-calèche defense coalition is asking witnesses to reach out to the group in order to build a case.

“There is no information about the horse,” reads the group’s post on Facebook. “If you are a witness and have more details please let us know and contact the police. Let’s hope there is an investigation.”

Last June, Montreal Mayor Valérie Plante announced calèche horses will be banned throughout the city as of December 31, 2019.

Calèche horse owners are now eligible for compensation as the Montreal SPCA announced a partnership with the city in April that will provide assistance to calèche owners, compensating up to $1,000 per horse.

Animal rights organizations will help place the soon-to-be retired horses into shelters or with adoptive families.

“Still two months until the ban and horses are still suffering till the end,” concluded the Anti-calèche defense coalition’s Facebook post.