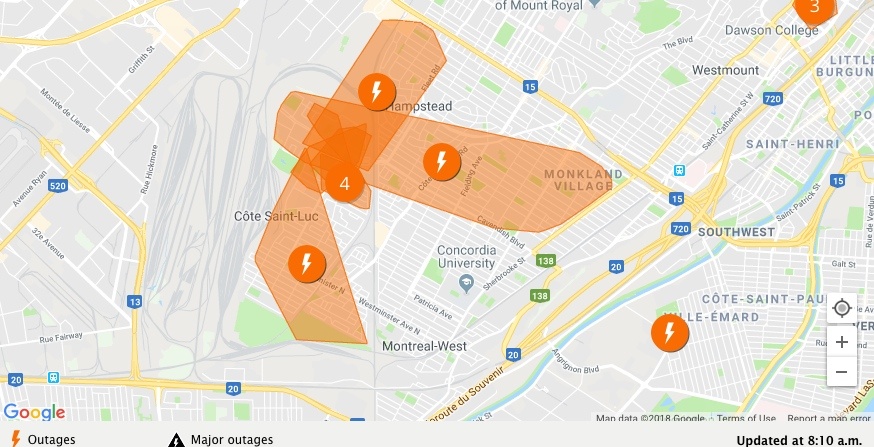 More than 10,000 people are without power in Montreal this morning, September 6.

As of 8:06 am, the boroughs of Hampstead, Monkland Village and Côte Saint-Luc are dealing with massive power outages caused by an “accident or incident,” according to Hydro-Québec.

9,159 customers of Montreal-West are dealing with power outages. 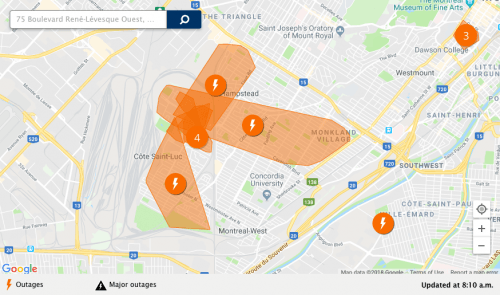 The electric company’s power outage map also shows 2,344 customers in the downtown area between Ste. Catherine, Rue Guy and Rue Fort are also without power. The cause of the downtown’s power outages has not yet been named. 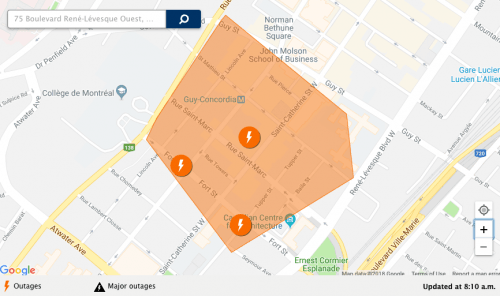 Hydro-Québec estimates that service in all affected regions are slated to be restored by 11 am.