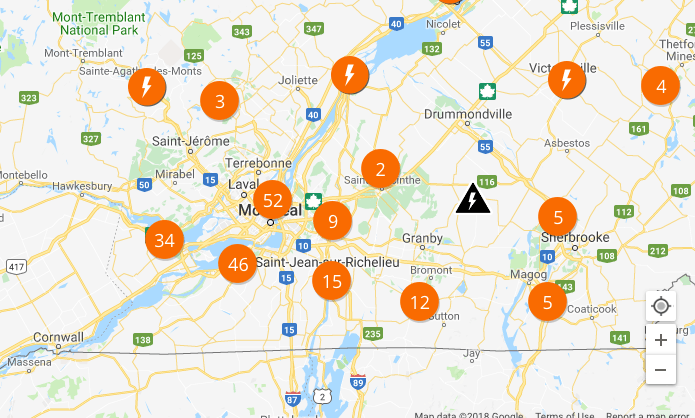 Yesterday’s brief but violent thunderstorm has left thousands of people across Quebec without power.

At its 9 pm peak on Wednesday night, more than 100,000 residents on the island of Montreal were dealing with power outages.

At 9:00 tonight, 102,000 customers were still affected by power outages. Montreal has 68,000 customers without electricity. Montérégie: 28,000 affected customers. About 250 employees are at work to restore power, more to come soon. Thank you for your patience.

According to Hydro-Québec, by 6 am on Thursday morning, 90% of the affected customers had their power back across the province.

The electricity company claims that more than 200 teams, made up of more than 400 workers, worked through the night in Montreal to restore the power.

As of Thursday morning, Hydro-Québec says Montreal and the Montérégie regions are still affected. 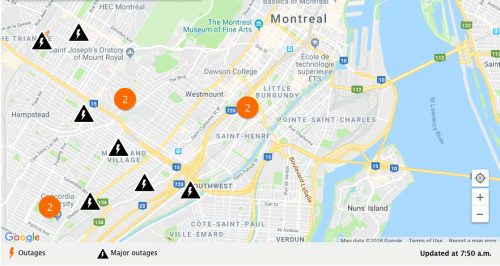 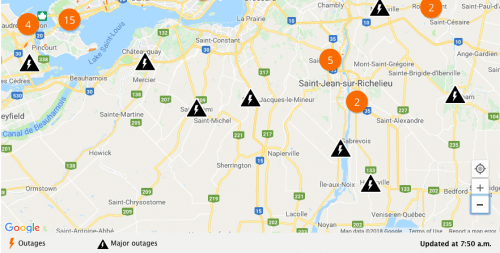 Strong winds of up to 93 km/h coupled with a mid-40s humidex value caused the violent storm to knock down trees and power lines, resulting in power outages across the province.

As Hydro-Québec works to return power to the rest of the city, temperatures are expected to return to seasonal highs over the next few days, according to Environment Canada.