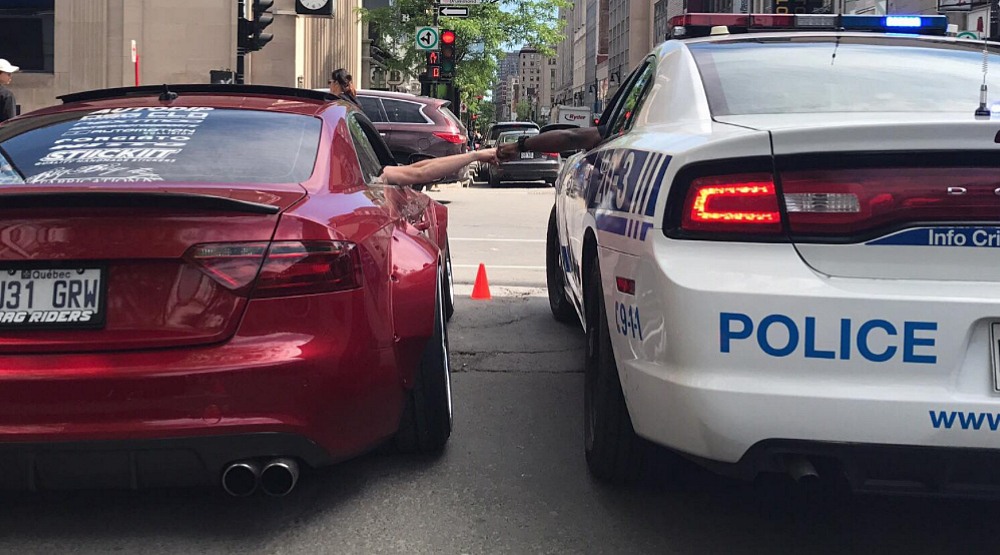 A candid moment of a police officer giving a fist bump to a fellow driver on the streets of Montreal during Grand Prix weekend has gone viral.

The friendly photo was taken and shared by Facebook user, Andrew Hoffman, with the caption “Pride Passion Respect.”

We reached out to Andrew to get the full story:

“Every Year we do a sort of “Grand Prix Sainte Catherine Street Take over” where we gather 20-30 enthusiasts and we come down at around 4 am to secure the parking spots along Sainte-Catherine from De la Montagne to Drummond. We saw that the two officers were slowly trotting down the street looking at all of our cars parked along the street and they looked quite intrigued.”

So what happened next?

“I walked up and introduced myself , and asked them how they were doing. They were extremely nice about everything and asked us questions about the cars. My buddy Guillaume was sitting in my car (the red Audi) and I hinted to him to give the officer a “props” the officer brought the car closer and followed through. This was proceeded with cheering from the crowd that was around because let’s be honest, there are many great officers out there, however the media only focuses on the ones that shed negative attention on the police force.”

Since being posted early Saturday morning, June 10th, the image has garnered over 1000 likes, 63 comments, and 880 shares.