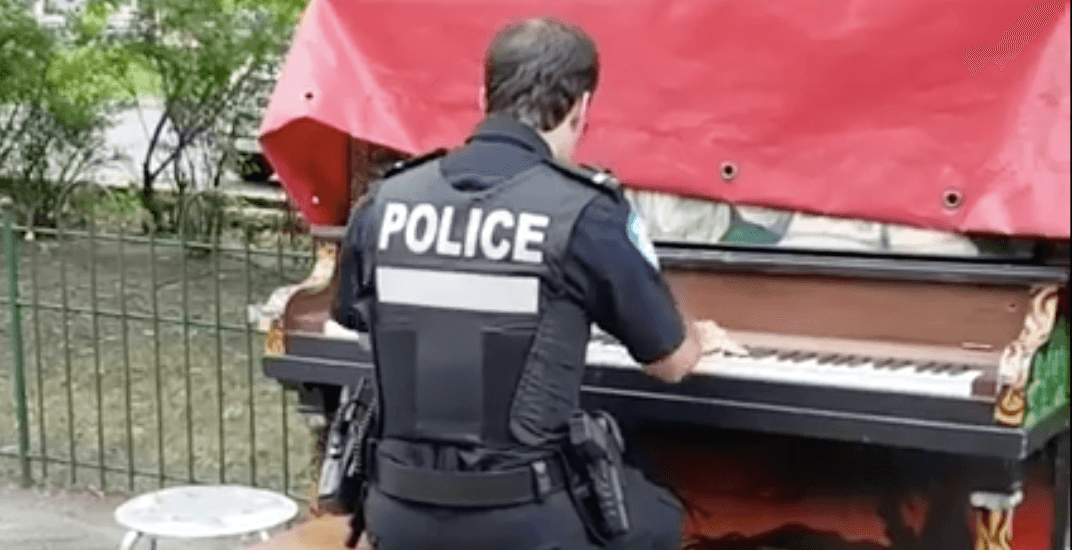 Over the weekend, a Montreal police officer took a break from patrolling the streets to reveal his musical talent.

The officer was recorded, and the video, shared by the Montreal Police Service on Facebook, shows him taking to one of the city’s public pianos to play a little tune.

Turns out he is really good.

We aren’t too sure what song the officer is playing, but nevertheless, his talents are not going unrecognized.

The video was posted on the SPVM’s Facebook page on August 12, has already received over 90,000 views.

According to SPVM, the officer is a sergeant from PDQ 24. The video was originally taken by Raffi Farkas on Instagram.