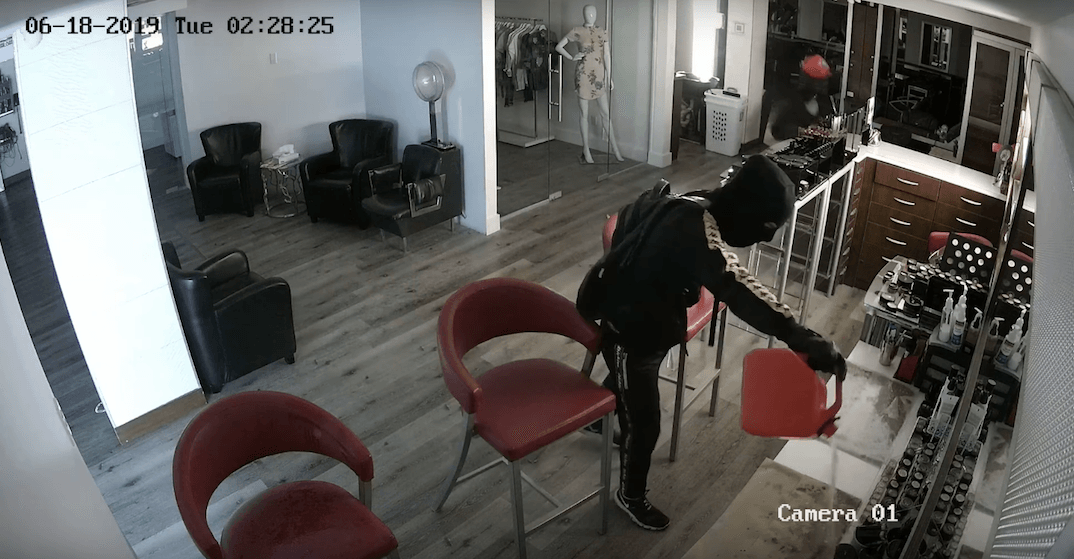 The Service de police de la Ville de Montréal (SPVM) is asking the public’s help in an effort to identify two suspects in an arson case in which a fire was deliberately set to a commercial building in June.

The incident occurred after the duo entered a building on Jean-Talon Ouest in the borough of Côte-Des-Neiges—Notre-Dame-De-Grâce.

Surveillance footage shows both suspects pouring an “accelerant” inside an unnamed business before setting it on fire.

The first suspect, according to the SPVM, is a man of medium height and stature. At the time of the incident, he wore a black tuque with black gloves, pants, sneakers, and a dark coat.

The second suspect, wore a black ski mask, a black tracksuit with yellow lines on the sleeves, a black backpack, and black shoes with white soles.

The security footage was shared on the SPVM’s YouTube channel in the hopes of obtaining new information on the case.

Anyone with information is urged to contact 911, visit their neighbourhood station, or report details to Info-Crime Montreal’s website or by phone at 514-393-1133.