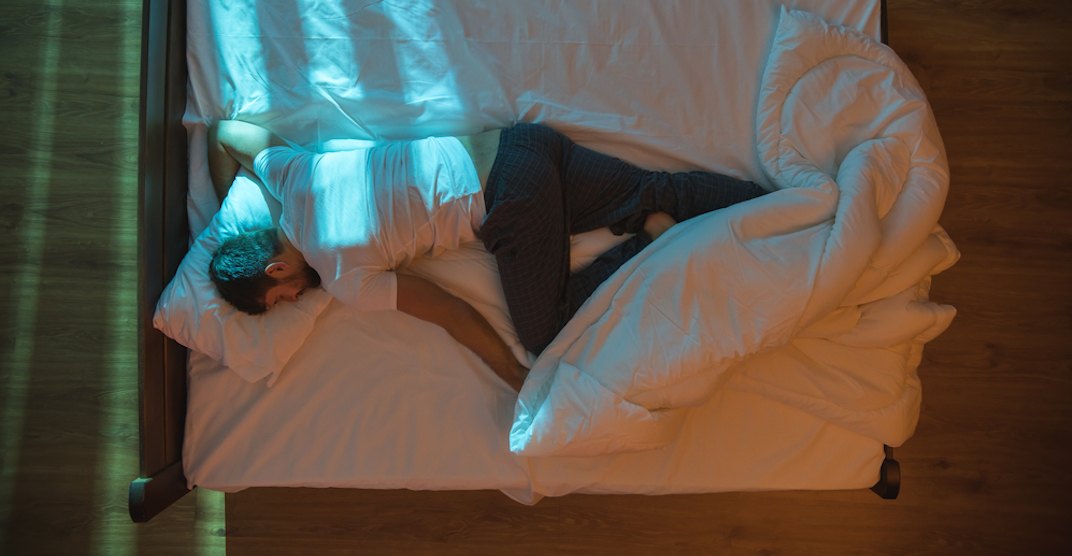 Everybody has ‘those days’ when you wake up on the wrong side of the bed.

A man in Wakefield Quebec however, has been fined for waking up IN the wrong side of the bed – somebody else’s.

According to the MRC des Collines police, a man has been fined $496 after he was found catching some Zs in a stranger’s bed early Sunday morning.

Police say an elderly woman returned home at about 2 am in the small Quebec town, located thirty-five kilometres northwest of Ottawa, to find a stranger, half her age, sleeping in her bed.

The woman continued to let the stranger doze and contacted the local police station.

When officers woke up the sleeping intruder, he thought he was in his own home, which was actually located 18 km further north.

Police say the man had been drinking but didn’t force entry into the home as the front door was unlocked.

Authorities noted that the man had good manners and took his shoes off before slipping under the sheets.

The woman did not file a criminal complaint and the man was taken home by police with a fine and possibly a few chuckles.

Going forward, if you want to sleep in a bed that isn’t yours for nearly $500, a hotel room might be the smarter option.