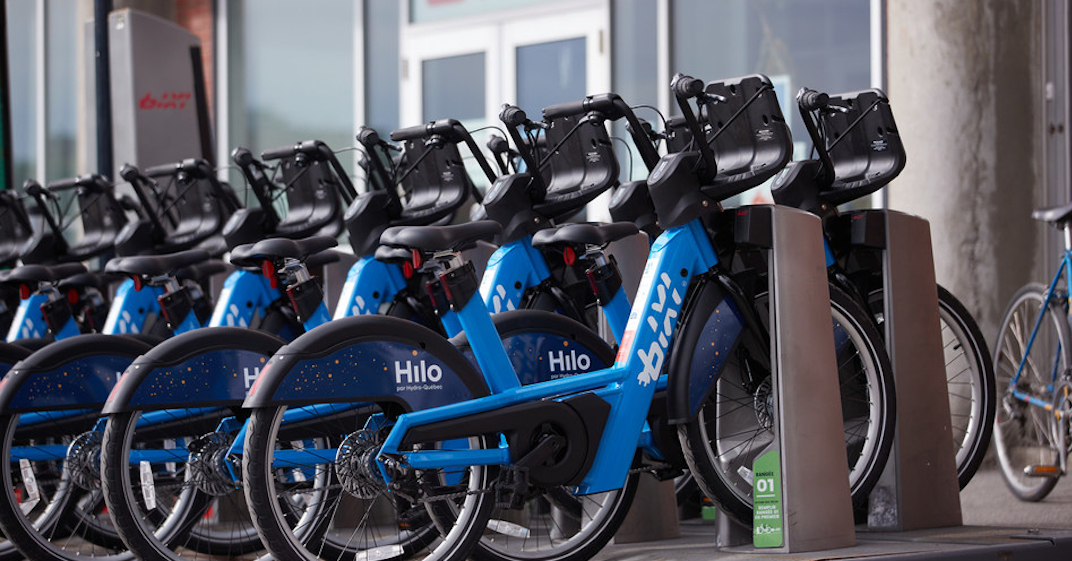 Montreal is about to get 1,000 times more electric.

More electric bikes, that is.

The City of Montreal and BIXI Montréal have added 1,000 second-generation blue BIXI bikes to its fleet, making Montreal the largest self-service, electrically assisted bicycle city in the country.

Montreal and BIXI also announced the first electric bike-sharing station of its network at Cégep Marie-Victorin, in Rivière-des-Prairies-Pointe-aux-Trembles, allowing for the exclusive rental of fully charged bikes at the dock.

“We are extremely proud to inaugurate the first of many power stations that will be offered to the population. BIXI has always been able to innovate and this project is further proof of that,” says urban planner Éric Alan Caldwell of Montreal’s Executive Committee. “BIXI has thus been able to add no fewer than 1,000 electric BIXI’s on our roads, expand the service and offer it here, in the east end of Montreal. Montreal can now count on one of the largest fleets of electrically assisted bicycles in the world and on the 2nd largest bike-sharing network in America.”

We are pleased to inaugurate the first electric BIXI station in front of the @cegepmarievic! Electric BIXI can be charged at the station at any time!

Thank you to Hilo, our new exclusive electric BIXI partner, for being by our side for this project. https://t.co/RjNoq6XHTP pic.twitter.com/Jclg662mGj

The second-generation of electric BIXIs have a longer battery life (a minimum range of 70 km), three gears, and a maximum speed of 32 km per hour.

According to BIXI’s press release, the new blue bikes are easy to use, accessible for everyone, economic, require less effort for the rider, and can cover greater distances with an easier workload.

BIXI officially launched 160 first-generation electric BIXI bikes in September 2019 and won over riders who preferred them 75% more than regular bicycles, as per the company.

Besides the all-electric station at Cégep Marie-Victorin, the new blue bikes will be added to the city’s fleet organically as of today.