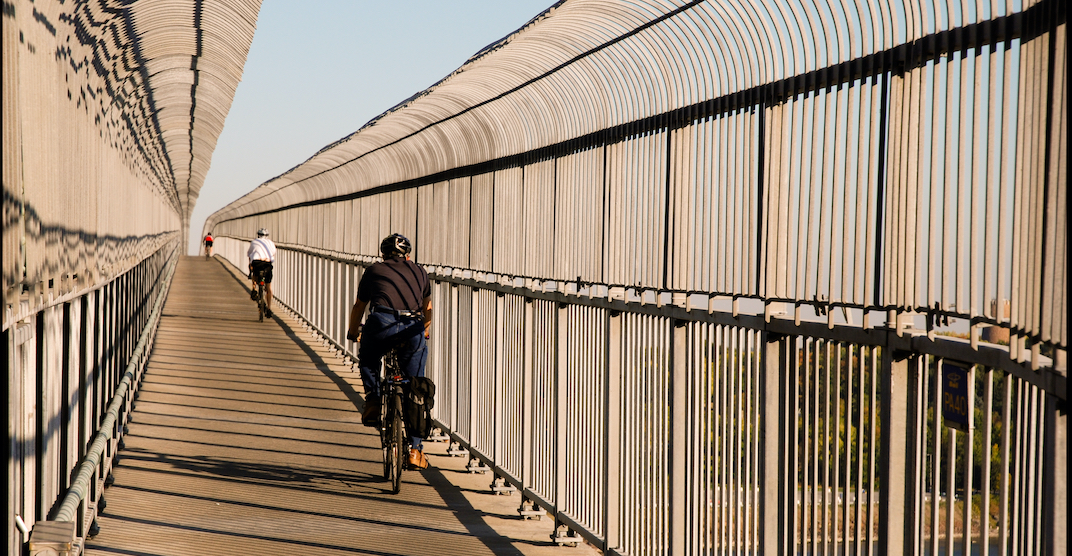 The cycling and pedestrian path that covers the entire Jacques Cartier Bridge will remain open all winter long.

On Tuesday, officials announced that the 2.7-kilometer path will be accessible every day from 6 am to 10 pm.

The announcement comes on the heels of last winter’s pilot project, which kept the path open to only 25 cyclists while workers tested out the most efficient ways to clear the snow during the harsh Quebec winter months.

“Active transportation is a core priority for the Government of Canada. It addresses the needs and expectations of citizens who want to be able to get around while improving their health and well-being and helping to reduce emissions,” said Catherine McKenna, Minister of Infrastructure and Communities.

Sandra Martel, the Chief Executive Officer for JCCBI says officials have been looking for solutions to minimize the risks and operate the Jacques Cartier Bridge multipurpose path for several years. “Despite the many challenges involved, we are really pleased to announce to pedestrians, joggers, and cyclists that they will be able to cross the bridge this winter,” she said.

Maintenance crews will be working overnight to minimize closures during peak hours and closures are expected to occur mostly on snowy weekends for more significant snow removal operations, according to Martel.

McKenna said the multipurpose path will help to reduce greenhouse gas emissions as it will encourage more people to get from the island of Montreal to the South Shore and back without using transportation.