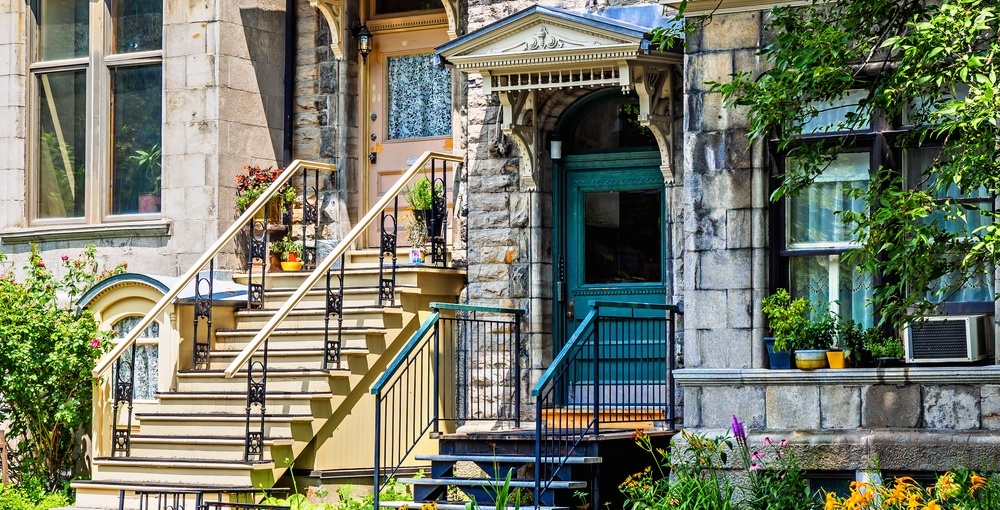 A new study from Generation Squeeze, a non-profit organization that advocates on behalf of young Canadian adults, has released a new report that focuses on the earnings, prices, and affordability for millennials and the housing market.

The study, Straddling the Gap: A Troubling Portrait of Home Prices, Earnings, and Affordability for younger Canadians, by UBC’s School of Population & Public Health shows the severity of the housing prices, and how Canadians between the ages of 25 and 34 continue to struggle with the gap between earnings and real estate costs.

“This study illustrates the state of housing affordability for younger Canadians, in every province and the major cities within them,” reads the report.

It shows that Canadians between the ages of 25 and 34 continue to “straddle a massive gap between housing prices that remain at near-historic levels in key parts of the country, and earnings for this age group that have been relatively flat, if not down, for several decades.”

This affordability gap is most severe in Vancouver and Toronto, according to the report, but extends to major urban cities like Montreal.

The study states that in Montreal, the average home prices would need to fall $131,000 – 35% of the current value – to make it affordable for a typical young Montrealer to manage the city’s mortgage at current interest rates.

The report continues that “typical full-time earnings would need to increase to $72,400 per year – over 50% higher than current levels.” 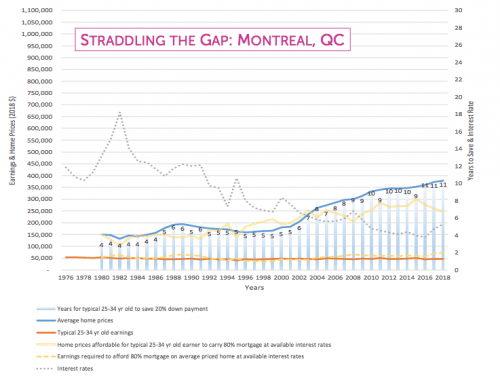 When it comes to the rest of the province, average home prices in Quebec would need to fall $45,000 to achieve affordability by 2030 – 15% of the current value. Or, the typical full-time earnings would need to increase to $56,000/year – 17% higher than its current value. 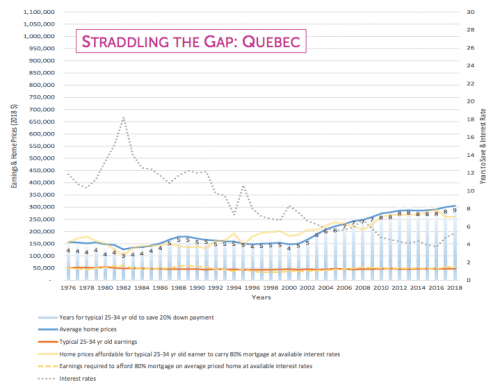 It also takes 11 years of full-time work for the typical young person to save a 20% down payment on an average priced home, which UBC says is seven more years than when today’s ageing population started out as young people.

Based on this report, it may be a good time to check in on last night’s Lotto Max winner for you know, advice.