Quebecers might be wise to start being extra nice to people they know bought a ticket in last last night’s record-setting lottery — it was purchased in Quebec.

AKA maybe somebody you know just became $65 million richer.

There was only one winner for last night’s grand prize, according to the Lotto Max website, while two tickets purchased in British Columbia will split the second place $425,809.90 payout.

A Maxmillions $1 million ticket was purchased in the The Prairies. 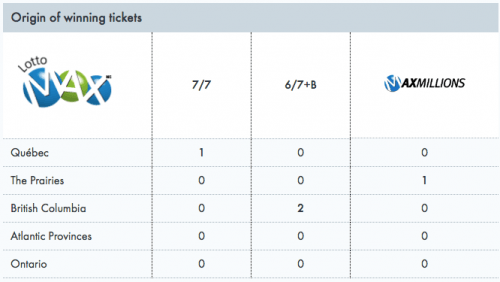 Since its creation in 2009, 26 jackpots have been claimed by Quebecers, including four $60 million prizes.

The odds one winning the grand prize is one in 33 million.

The next Lotto Max draw will take place on Friday and the payout will be $19 million.