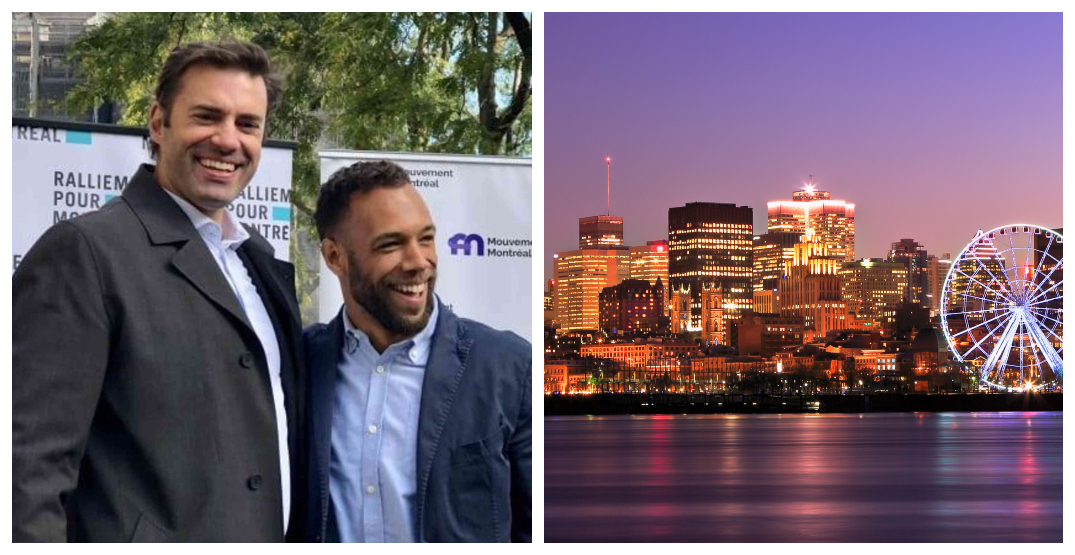 On Thursday morning, leaders of the Mouvement Montréal and Ralliement pour Montréal parties, Balarama Holness and Marc-Antoine Desjardins announced in a press conference that they have decided to join forces and form an alliance.

“We are bigger than our differences,” Holness said to the media. “We have way more in common than we think. both as parties, as citizens, as residents, as Montrealers. And that’s why we’re coming together”.

The process involves Desjardins bowing out of the race and running for a council seat as a candidate for borough mayor. Meanwhile, additional RPM candidates will now run under Holness’s party.

According to the two leaders, the merging of the parties will result in approximately 65 candidates, all running under the Movement Montreal banner.

“We have a tremendous amount of cohesion. Our platforms and our candidates have a beautiful social cohesion… and we want to bring together Montrealers” Holness said when asked how the parties will address their differences.

A recent Léger poll has Plante and former Mayor Denis Coderre nearly tied, with both expected to receive around 36% of the vote. Holness and Desjardins were polling at 8% and 5% respectively.

Meanwhile, Mouvement Montréal’s plan focuses on job security, affordable housing, and accessible public transportation. Along with officially recognizing Montreal as a bilingual city. If elected, Holness says he would like to bring an NBA team to the city.

Despite cooperating with one another, the two parties will have to legally remain separate due to Quebec’s election rules that make a last-minute merger impossible.

The duo stated that more details regarding the collaboration would be released this weekend.