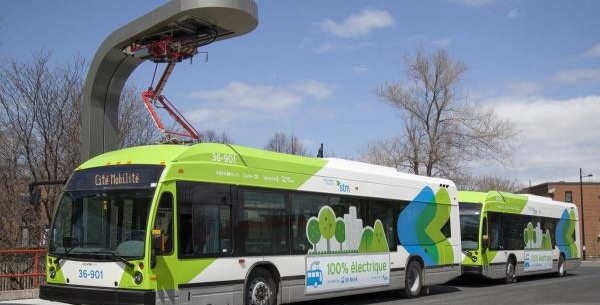 Montreal and Laval have increased their fleets of electric city buses with a major purchase they announced yesterday.

Of the forty 100% electric vehicles purchased between the two major cities, thirty 12-metre buses will go to Montreal and ten to Laval.

The Winnipeg-based company, New Flyer Industries Canada, will begin manufacturing the slow-charge buses this spring for a grand total of $43.2 million, as per the STM release.

The Société de transport de Laval (STL), which already has one electric bus in circulation, aims to have only electric buses by 2023.

The Société de transport de Montréal (STM) currently has three electric buses in its fleet, running a ten kilometre stretch on the Monk line and aims to operate exclusively with electric buses by 2025.