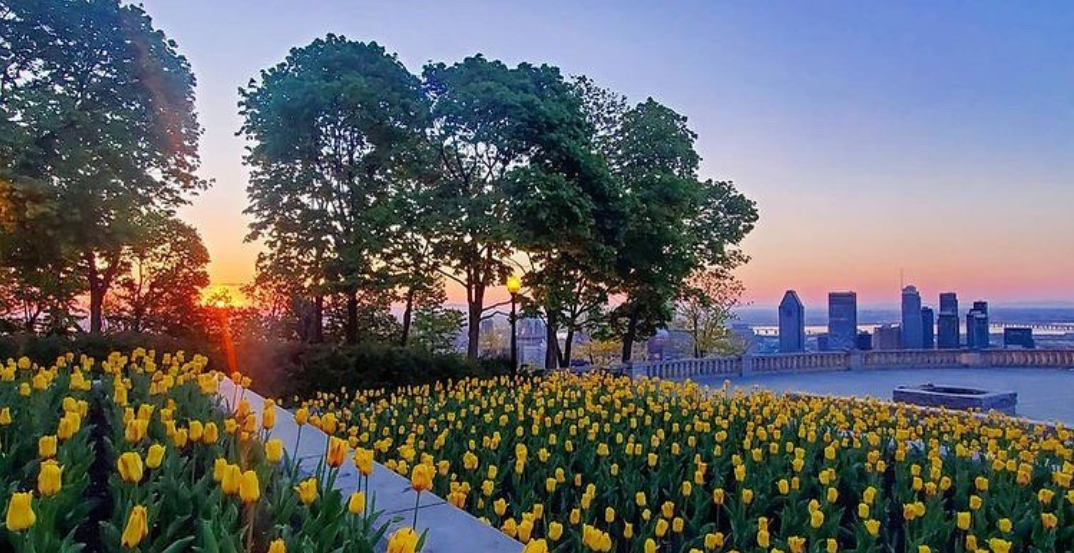 Let’s be honest, going for a hike is fun. But it’s a lot of work. You have to pack, wear the proper attire, put in work, stop halfway and ask, “are we there yet?” — it’s a lot.

Today, we’re going to highlight the hiking trails for the lazy folks in Montreal.

Don’t worry. We’re right there with you.

Sometimes you just want to take in all of the glory, sights, and sounds without having to do too much, you know, hiking.

Here are a few hiking trails around Montreal that you won’t break your back tackling. Just be sure to use #dailyhivemtl as a hashtag to show us your accomplishment (albeit a tad lazy, we won’t judge).

This one is a no-doubter. The summit to which Montreal got its name, Mont-Royal, offers arguably the best views of Montreal.

The problem is, it’s a hefty hike to get to the top, regardless of which trail you tackle.

So here’s our lazy hiker advice: there are two paid parking lots at Mont-Royal park. Leave your car at the Smith House parking lot and take an easy five-minute walk to the Chalet and Belvedere.

Snap some pics. Nobody will know the difference.

Dieppe Park cuts into the Saint-Lawrence River and is a quiet park that lets hikers get close to the rapids, breathtaking views of Old Montreal, Habitat-67, and the Jacques Cartier Bridge.

The bike path leads right to it from St-Henri, and there are little hills and slopes. There’s also parking near Habitat-67, a mere five-minute walk to the spot.

Westmount Summit makes up one of the three peaks of Mont-Royal. It’s located in the beautiful area of Westmount, and the top of the Westmount side of the mountain features Saint Joseph’s Oratory, one of the largest domed churches in the world.

But here’s the fun part — there’s free parking at the summit, just behind Summit Woods. Park yourself and check out different non-steep hikes that span the oratory, Westmount Summit, and the cool wooded area.

Ducks, two lakes, trees, flowers, people, picnic benches, water fountains, and a waterfall — what else do you need? Parc La Fontaine features 34 hectares of greenery, and it’s wedged in between Sherbrooke Street, meaning it’s easily accessible and a breeze when it comes to hiking through.

If you’re in the mood to soak up the historic Saint-Lawrence River in the spring, the Lachine Canal is a top-notch option, even for the lazy hikers.

According to Parks Canada, the canal’s path was ranked the third most beautiful urban circuit in the world by TIME in 2009. The path was opened in 1977, making it one of the oldest in the city.

The 13.5 km spot is popular due to its mix of water and greenery areas, and it’s remarkably flat path, which makes it popular for bikers and ideal for walkers who aren’t in the mood for a steep hike.

The Parc-nature du Bois-de-Liesse is a 158-hectares large nature park that spans several cities on the northwestern part of the island.

It covers parts of Dollar, Ahuntsic-Cartierville, Pierrefonds-Roxboro, and Saint-Laurent.

If you really want to get lost in a little bit of on-island greenery, it’s tough to top this gorgeous trek — and it’s mostly flat!

If you’re looking for more of an urban trail, you can’t top the Old Port. Full of history, shops, restaurants, and cafes, the oldest part of Montreal will make you feel like you teleported to Europe. The cobblestone streets might wear you down after a while, but that’s why all the restos are there to rejuvenate you.

There are no big hills, you’re close to the water, and there’s parking in case you really want to cheat this hike.