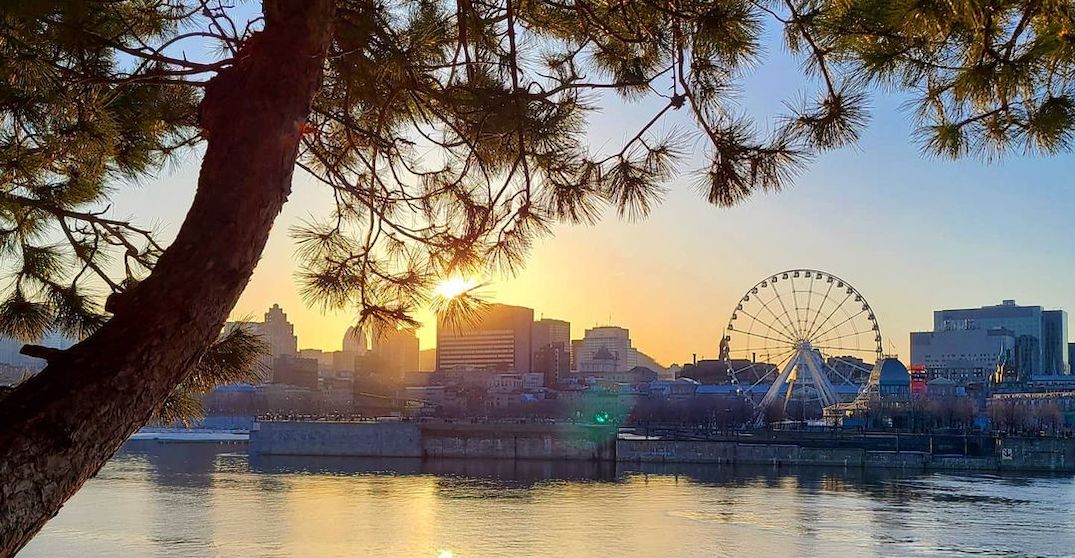 Knowing your way around Montreal is one thing, but finding hidden gems across the island is a whole other ball game.

Since bars and restaurants are still on hiatus because of you-know-what, we’re highlighting some outdoor spaces that you might not know about, even if you’re from Montreal.

From chapels to cemeteries, hidden parks, and gardens, here are some gorgeous outdoor locations in Montreal that you may not have known even exist.

The Notre-Dame-de-Bon-Secours Chapel really puts an emphasis on the old part of Old Montreal. Built in 1771 over the ruins of an earlier chapel, this timeless structure can be found off the Old Port path and it’s absolutely majestic.

It’s not as popular as the Notre-Dame Basilica but once you see it, you won’t forget it.

The Notre-Dame-des-Neiges Cemetery is the midpoint of NDG and Côte-des-Neiges (hence its name).

The cemetery features 343 acres of land, and the entrance runs along part of Côte-des-Neiges Road and part of the slopes of Mount Royal.

Leonard Cohen was buried here in 2016, and it’s an absolute gem of a spot to hike, be with your thoughts, and pay your respects.

Le Ber-Le Moyne House is the oldest complete building in Montreal. It’s located just off the. historic Lachine Canal and is recognized as a National Historic Site of Canada.

For some reason, it’s not as popular as it should be but the spot is oozing with history, tucked into a part of the Lachine Canal path that will make you feel like you’ve been transported to old Europe.

Adjacent to the historic clock tower, the Clock Tower beach consists of sand, beach chairs, a boardwalk, and a misting station.

It’s currently closed due to COVID-19 and you can’t use the beach to swim in the Saint Lawrence River but the spot is tranquil and offers breathtaking views of the rapids and the city’s skyline.

L’Île-de-la-Visitation Nature Park is a large nature park in Ahuntsic-Cartierville and Montréal-Nord.

An old-timey bridge connects the two boroughs and this place is oozing with cool photo opps.

This hidden park hosts a gallery of eccentric monuments that peer over the highway.

The sculpture garden was designed by Montreal artist/architect Melvin Charney, who called his creations “allegorical columns,” and saw them as a synthesis of architecture, landscape, and sculpture.

This run-down industrial spot has attracted filmmakers, daredevils, graffiti artists, and partiers over the years.

It stands out as a sort of eyesore in Saint-Henri and looks like an evil supervillain’s secret lair. Regardless, the silos have become a mainstay of the borough’s neighbourhood, and if you can make the trek to them, they’re pretty cool to take photos of.

This monument serves as a souvenir of the world’s fair hosted by Montreal in 1967.

The monument, found at Parc Jean-Drapeau, has ben visited by the likes of Jackie Kennedy, Bing Crosby, and Thelonious Monk, to name a few.

Make your way towards it and touch it for good luck.

Immortalized in front of McGill University, this bronze statue will be studying in front of Sherbrooke for centuries.

It’s a great little tidbit of the city and awesome for photos.

Summit Woods Park is a great place to sneak away while you’re on the island. It’s an ideal spot for people who want to reward their dog with smells, greens, and a challenging trek.

After your hike, reward yourself with a breathtaking view of Montreal from the Westmount summit located at the base of Summit Park. You can’t go wrong.