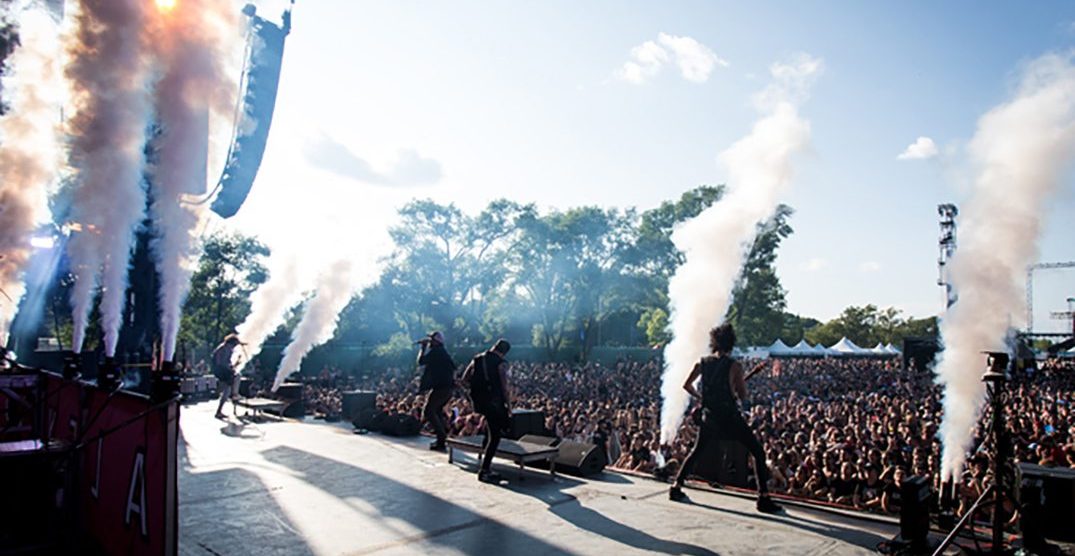 Parc Jean-Drapeau is about to get real loud for a couple of days.

The city’s heavy music festival, appropriately named Heavy Montreal (formerly Heavy MTL), is headed back towards the man-made island at the end of July.

“Heavy Montreal is the North American destination of choice for hard rock and heavy metal music lovers,” reads the event’s website. “Since the first edition in 2008, Heavy Montreal has welcomed nearly 400,000 fans and presented bands such as Metallica, Faith No More, Iron Maiden, Mötley Crüe, Slayer, Slipknot, Anthrax, System of a Down, Mastodon, Kiss, Alice Cooper, Megadeth, Avenged Sevenfold, Rob Zombie, and many more to Montreal.”

The ninth edition of the fest (with a couple of hiatuses in between) boasts a pretty stellar lineup, headlined by Slayer’s last-ever show in Quebec, Ghost’s only North American summer concert in 2019, Godsmack, and Evanescence. 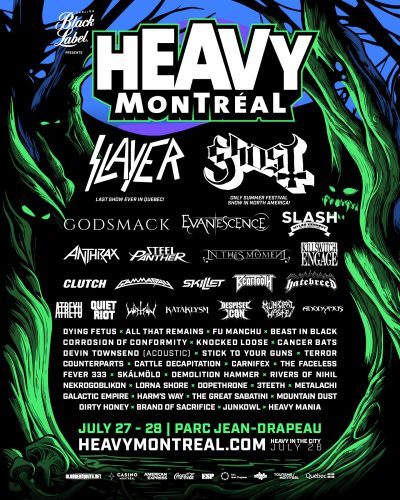 An hour-to-hour schedule, including different stage locations, is available online.

Festival passes range from $95 for a general admission one-day pass to $320 for a weekend “Gold Pass.”

Here’s a preview of a past edition of the fest, just to give you a glimpse as to how heavy Parc Jean-Drapeau really gets.