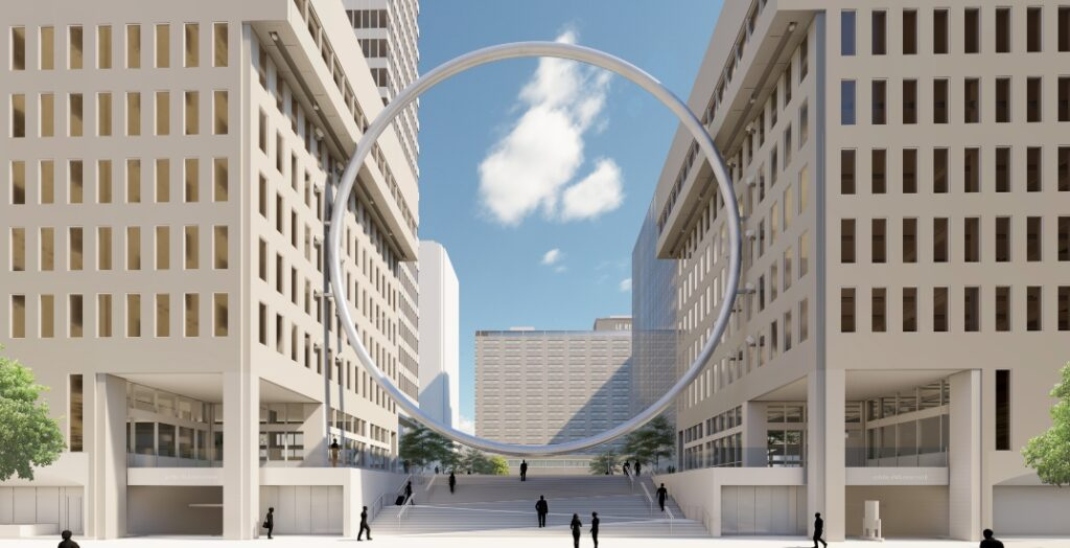 Montrealers have been pretty outspoken about a new art exhibition that’s coming to downtown in the form of a giant 100-foot-high, 50,000-pound stainless steel arched ring.

Aptly named “The Ring,” the massive structure, which will reportedly cost $5 million, is set to be unveiled at the main entrance to Esplanade PVM at Place Ville Marie this June. The Ring is part of the PVM’s $200 million investment it made in 2017 to improve the area’s “energy efficiency” and the revitalization of its Esplanade.

While Montreal is usually a “pro-art” kind of town, many locals are upset about the cost and size of the structure. Multiple residents have taken to Twitter to voice their frustration with the expensive product, arguing that the money could be better spent repairing some of the city’s crumbling infrastructure.

However, results from our very own poll tell us that some people are fans of The Ring.

Are you a fan of #Montreal‘s new “The Ring” installation?https://t.co/kaZPMnVjCU

With that said, the overall consensus on Twitter gives us a different picture…

From the funny to the furious, here are some of our favourite reactions to Montreal’s newest landmark:

“ Can you please fix the roads?”

City of Montreal: “Best we can do is a 50,000 pound, 5 million dollar ring nobody asked for” pic.twitter.com/j6HbM7fW6l

Really!?
Montreal is wasting taxpayers’ money on a giant c***ring!?
I don’t know whether to laugh or cry! https://t.co/KIINbZ1cGZ

Does it at least give access to high speed wi-fi or something?

Montreal…. No FN money to repair the freakin roads…. but 5M $ for a FN ring 🤦‍♂️

How more stupid that can be? pic.twitter.com/0jg5zJYMnv

Citizens: Can you fix the roads?
Montreal: Here’s a big ring that none of you asked for. Are you happy?

Who asked for this?

Montreal to install a 50,000-pound ring in its downtown core, reportedly costing $5 million.

ZA: For that price, this better be a portal to a dimension where there are no potholes, street garbage, bad sidewalks, and orange cones.https://t.co/VQWulMEzHq