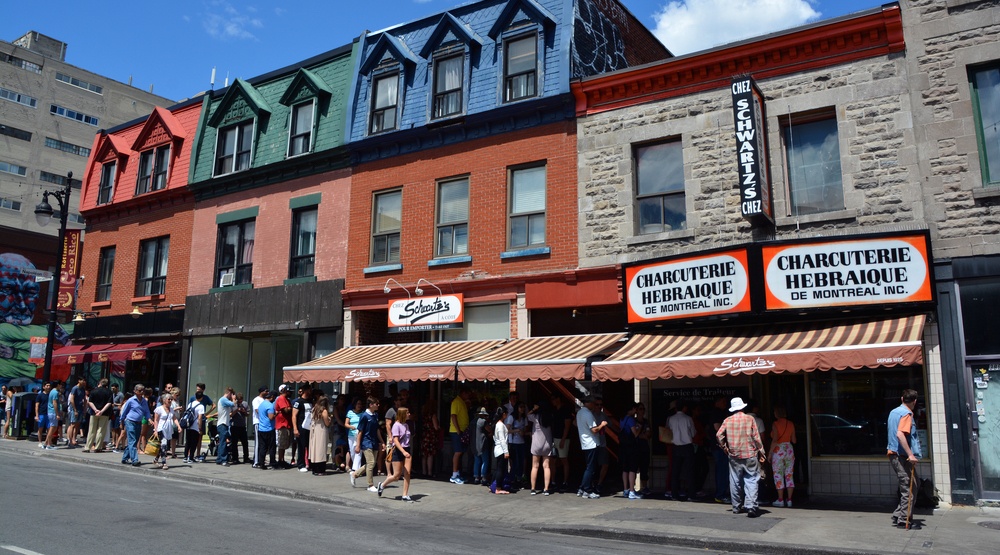 From bagels to bistros, Montreal is a food lovers’ paradise. Now the city can add further bragging rights when it comes to delicious dining out: Montreal comes in on top of a list of the “Rising Star Foodie Destinations” for 2016.

Bestowed upon Montreal and nine other lip-smacking locales, the Rising Star Foodie Destinations list comes from Gogobot, the travel-planning app and their Foodie Tribe Awards.

Also ranking on the list is fellow Canadian Vancouver, at a respectable #8.

Here’s what they have to say about some of Montreal’s dining highlights:

It’s hard to pick just a few restaurants from a city with an enviable amount of amazing options – however, feedback leads to the chocolate overload at Juliette e Chocolat, the foie gras and lobster at Joe Beef, and almost anything at Au Pied de Cochon.

A second list released by Gogobot may fuel your travel plans for the coming months. It’s a set of “Foodie Destinations On The Decline, But Worth A Second Look.” Ranked on there are longstanding global hotspots like Tuscany, Sydney, and Athens.