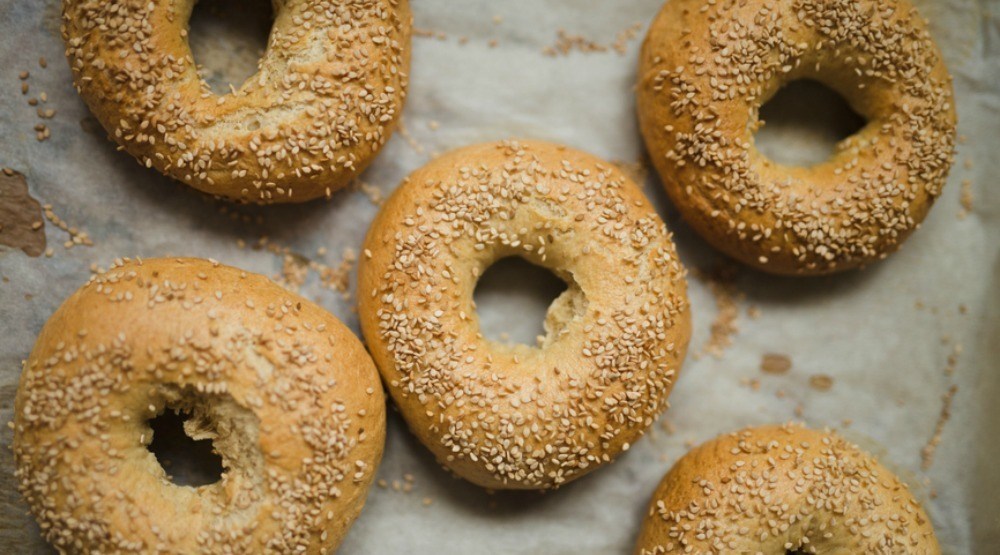 Depending on who you ask, a Montrealer will likely tell you that their favourite place to get a Montreal-style bagel is either Fairmount or St-Viateur. Both open 24/7, both located in the Mile End (just a few blocks from one another in fact,) and both serving up fresh, wood-fired Montreal-style bagels every day of the week, Fairmount and St-Viateur are Montreal institutions.

Let’s dive in and learn a little bit more about how Fairmount and St-Viateur came to be bagel royalty in Montreal.

Fairmount Bagel first opened in 1919 by Russian immigrant Isadore Shlafman. His sweet, wood-fired bagels quickly became popular amongst the local community and the rest is history. Shlafman decided to move his beloved bagel joint to a two-story building on Avenue Fairmount in 1954 where his family lived on the second floor, while the bagel shop operated on the ground floor. To this day, Fairmount is said to be the home of the original Montreal bagel, and believe us when you walk inside the shop, the endless signs and images will attest to this.

So there you have it! If we’re being technical, Fairmount Bagel is Montreal’s original bagel shop.

Several different outlets in the city have tried and tried again to find a definitive winner in this great, big bagel debate. Sadly there really does not seem to be a consensus among Montrealers. Here is a snapshot of the polls that have taken place over the past few years.

The Atlantic: Asked to list the best bagel shop in Montreal, 46% of those polled voted for St-Viateur, while 44% voted for Fairmount.

Serious Eats: 60% of those polled voted for Fairmount as their favourite bagel shop, while 40% voted for St-Viateur.

Eater: 50.3% of those polled voted for St-Viateur as their favourite bagel shop, while 49.7% voted for Fairmount.

Regardless of which side of the debate you’re on, I think we can all agree that the Montreal bagel reigns supreme (especially when compared to the vastly inferior New York bagel).