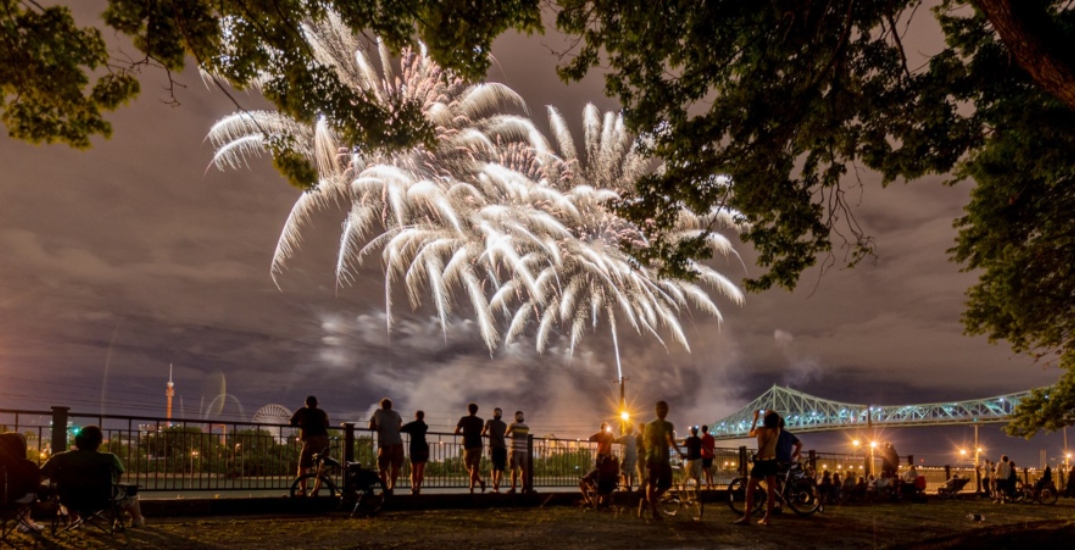 You might want to keep your head up this weekend as the nine-week fireworks show in Montreal is ending.

The L’International des Feux Loto-Québec will set off a Saturday fireworks show, concluding its summer-long run.

Under the theme “Finale des Étoiles,” pyrotechnic firms Panzera and Rozzi’s Famous Fireworks will combine their talents to present this year’s finale — a dazzling display that will pay tribute to legendary rock band Genesis.

Saturday’s show will feature a mesmerizing display that will sparkle to the rhythm and melodies of songs like “Turn it on Again,” “Abacab,” “Dance on a Volcano,” “The Lamb Lies Down on Broadway,” “Invisible Touch,” and much more.

Panzera, also a family business, was founded in Italy at the beginning of the 20th century. Maestro Giovanni Panzera also served as Artistic Director for L’International des Feux Loto-Québec from 1987 to 2000.

June marked the return of L’International des Feux Loto-Québec in Montreal, the first full-scale fireworks display in over two years.  Montreal’s fireworks festival is the largest pyrotechnic competition in the world and features different weekly themes, gathering firework teams from all over the world.

The show starts at 10 pm and will take place rain or shine.