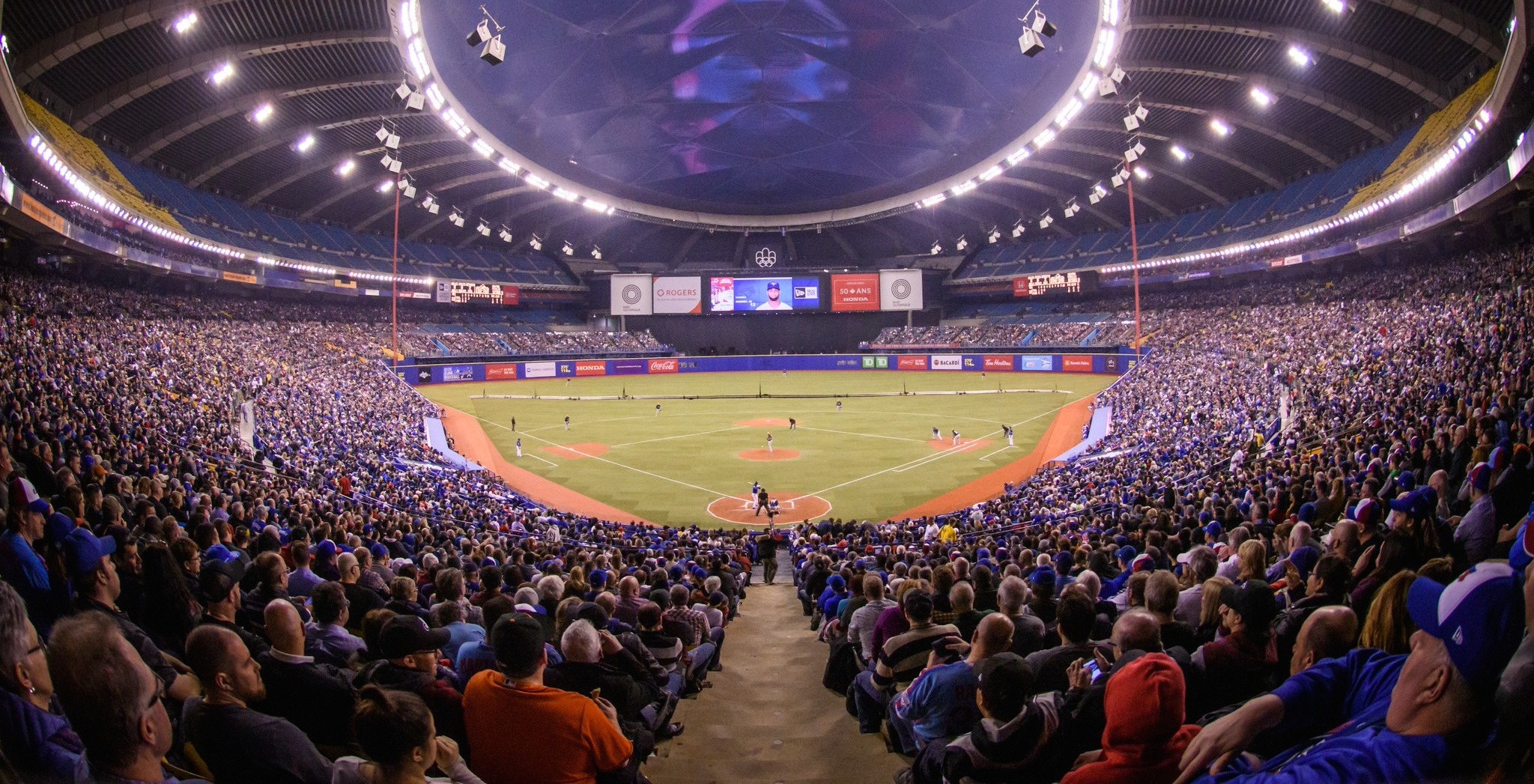 On Tuesday night, there was both a National Hockey League game and a Major League Baseball game in Montreal at the same time.

It was uplifting to see a cross-sport blend of Expos caps and Canadiens jerseys on public transit before both respective games.

Despite the fact that the Habs were playing a big game, toeing the line of the NHL playoffs, 22,502 fans still poured into the Olympic Stadium to watch the Spring Training series finale between the Toronto Blue Jays and the Milwaukee Brewers (And neither of them are our real teams).

In an interview with Daily Hive, Christine Montreuil, the Media Relations Manager at Evenko, revealed that along with Tuesday’s total, 24,482 fans went to the series opener on Monday, totalling 46,984 spectators for two games.

Keep in mind, the inaugural Montreal-based Blue Jays games were played on a Friday and a Saturday when the Jays took on the New York Mets in 2014 in front of 96,350 total fans.

According to the promoter, the Blue Jays contract with Evenko has expired and it’s currently unknown if the Jays will venture back to La Belle Province in 2020 and beyond but Montrealers have proved their point – we can support a team, at least in numbers.

In December, The Montreal Group, lead by Stephen Bronfman (the son of former Expos owner, Charles Bronfman) and his partners announced key findings of market studies and consultations for the construction of a new downtown ballpark.

The study’s conclusion confirmed that Montreal has the market characteristics to support an MLB team effectively over the long term.

“The results show how excited people are about the return of Major League Baseball to Montreal,” said Bronfman. “The data we’ve collected will greatly assist us with achieving our ultimate goal of bringing MLB back to Montreal in an exciting, successful and sustainable way.”

Bronfman and his group of investors have been targeting the Peel Basin as a location for a new ballpark. Should that get locked down, Montreal would be in place to host a team which could come through either relocation or expansion, similarly to how the Expos became the Washington Nationals after the 2004 season.

Montreal’s Mayor Valérie Plante, who’s adamant that a new stadium would have to be approved by taxpayers, was present at this week’s games and took to Twitter, decked out in Expos gear, highlighting that the “baseball flame burns strong in Montreal.”

She concluded the tweet by telling Major League Baseball, “next year, we hope you can stay for a lot more than two games” with a crafty winking-face emoji.

Going forward, here’s hoping that mix of Expos lids and Habs jerseys aren’t just a whiff of nostalgia but a sign of things to come.

Besides, there are three strikes in baseball for a reason.