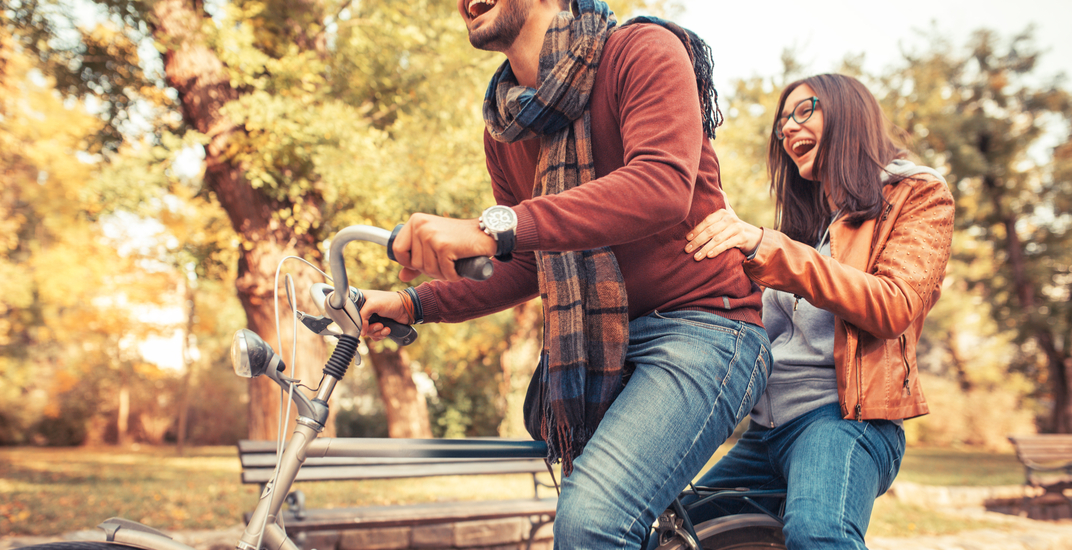 Though the summer is almost over, a gorgeous fall in Montreal is about to begin, and that means the perfect weather for outdoor festivals, farmer’s markets, and of course, a foodie event or two.

Check out 31 things to do in Montreal this September.

A post shared by Quartier des spectacles (@quartierdesspectacles_mtl) on Aug 18, 2017 at 4:27am PDT

Described as “6 days and nights fantasy-filled experience unlike anything else in the world,” Montreal’s Fetish Weekend promises to be anything but boring. Located in the heart of the Gay Village, Fetish Weekend will comprise of fantasy-themed events, play scenes, demos, workshops, and a fetish photo walk.

Where: Restaurants across Montreal
When: September 1 to 7

Montreal’s Annual Oysterfest is back at Terrasses Bonsecours on September 10, 2017. Featuring some of the best restaurants in Montreal, the Old Port will become an oyster-lover’s paradise for one day only.

In addition to the thousands of oysters that will be cooked to perfection and be yours for the taking, Oysterfest will feature a myriad of exciting events.

There is nothing like celebrating the end of summer with one last music festival and luckily for Montrealers, a giant EDM fest will be taking place on September 8 and 9.

The third edition of the Ancient Future Festival will feature the best in electronic music and visual arts.

Where: Parc Beaubien, Intersection of Rue Beaubien Est and 9e Avenue
When: September 8 to 10

Montreal is going to light up September in a magical way.

The Lights Fest is an experience where thousands of friends and families gather to listen to live music, fill up on food trucks and light up life by sharing personal wishes, dreams, and goals.

Where: Avenue du Mont-Royal, Montreal
When: September 16 and 17

More than 30 exhibitors will be on site serving up wines, ciders, and spirits from the best vineyards and distilleries in the region. It’s not just about the food and drinks, though! Dozens of vendors will be showcasing their duck products including art, jewelry and more.

Grab your sangria kits and drum sets! Tam Tams has returned to our fair city and we couldn’t be more excited.  Tam Tams is a magical outdoor festival where Montrealers far and wide gather in Parc Mont Royal for an afternoon of food, fun, and music. Though the drum circle is located at the Sir George-Etienne Cartier Monument, vendors and entertainment spread throughout the park, all the way from Avenue Mont-Royal to Duluth. Remember to bring food and wine, and take advantage of Montreal’s picnic law!
Where: Sir George-Etienne Cartier Monument
When: Until September 24

Free Bixi Sundays are nothing new but we’ve been pumped to see that they’re back for 2017. Free Bixi Sundays Offered by Manulife lasts until October 29th. On designated days throughout the summer, all one-way trips under 30 minutes will be free of charge for the entire day (from midnight until 11:59pm).

From the Hogwarts Express to Thomas the Tank Engine, check out some amazing collectibles and relive your childhood.

The largest food truck festival has begun! Olympic Stadium is known for their awesome events, with our personal favourite being First Fridays. The most glorious of days, First Fridays are a special kind of culinary event in which all of the city’s food trucks gather at Olympic Stadium. Allowing Montrealers to sample dishes from over 50 food trucks, you can expect to find everything from tacos and churros, to mac and cheese and lobster rolls. Taking place on the first Friday of the month between