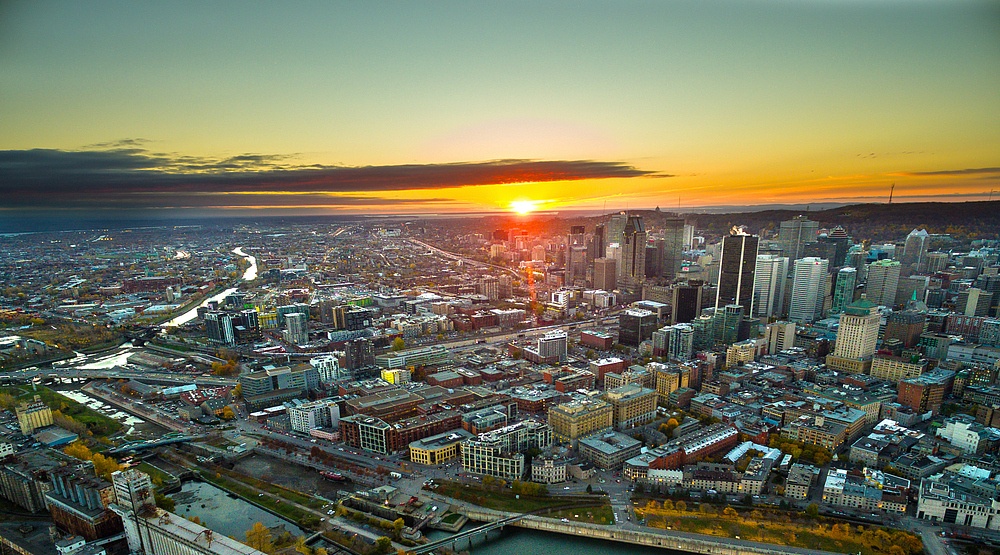 In addition to the chillier weather, you can tell autumn is in full swing thanks to the myriad of fun fall-themed events happening around the city this month.

From Oktoberfest and Halloween fun, to food and music festivals, check out the 20 hottest Montreal events happening this October.

What: Every fall, Montreal lights up with beautiful lanterns and it’s truly a beautiful sight to see. The Montreal Botanical Garden’s annual Gardens of Light event coincides with one of China’s other favourite festivals, the Moon Festival. This year, Gardens of Light includes a new lighted path through the Botanical Garden’s three cultural gardens, each looking at nature from a different perspective.

Where: Montreal Botanical Garden
When: September 8 to October 31

What: The iconic Hanson brother trio will be paying Montreal a visit this fall as part of their Middle Of Everywhere World Tour. The tour is in celebration of the band’s 25th anniversary and will feature all of their classic pop hits including MMMbop, I Will Come to You and Where’s the Love as well as some newly released tracks.

Where: Pierre Charbonneau Amphithéâtre, 3000 Rue Viau
When: October 5 to 9

Where: Various venues throughout the city
When: October 5 to 14

What: Things are going to be heating up at Bell Centre this Thanksgiving Monday, as the ever-so-talented Enrique Iglesias will be stopping by with Pitbull and CNCO. Get ready for an evening of chart-topping hits and plenty of dancing.

What: Show your favourite NHL team some love by catching them on home ice this October. This month’s lineup includes games against the Chicago Blackhawks, Toronto Maple Leafs, Florida Panthers, Los Angeles Kings, and the New York Rangers.

What: The one and only Deadmau5 will be bringing his “Lots of Shows in a Row: Pt. 2” tour to the Bell Centre this October. He released his eighth studio album, W:/2016ALBUM/ in 2016 that features the singles “Let It Go” and “Snowcone”.

What: Come and explore downtown Montreal and discover that beneath the veneer of urban respectability lie many dark secrets, from forgotten cemeteries to ghost-infested buildings, and the numerous hauntings that go with them.

What: The Spasm Festival has dedicated itself to showcasing the most unusual horror films. Taking place over three days this October, SPASM will play a slew of the goriest horror movies. If you’re a film buff looking to get your horror fix this Halloween, this is an event you won’t want to miss.

What: If you love a good networking event and any chance to get dressed up, make sure to head to Incognito this October. It’s not only a networking event where the dress code calls for Venetian masks and semi-formal attire, it’s also a fundraiser for the Montreal Children’s Hospital Foundation. Don’t forget to bring some business cards!

Where: Entrepôts Dominion
When: October 27, 9 pm

What: American rock band Imagine Dragons will be headlining the Bell Centre this month as part of their Evolve world tour. Get ready to rock out to their popular hits Radioactive, Thunder, and Believer.