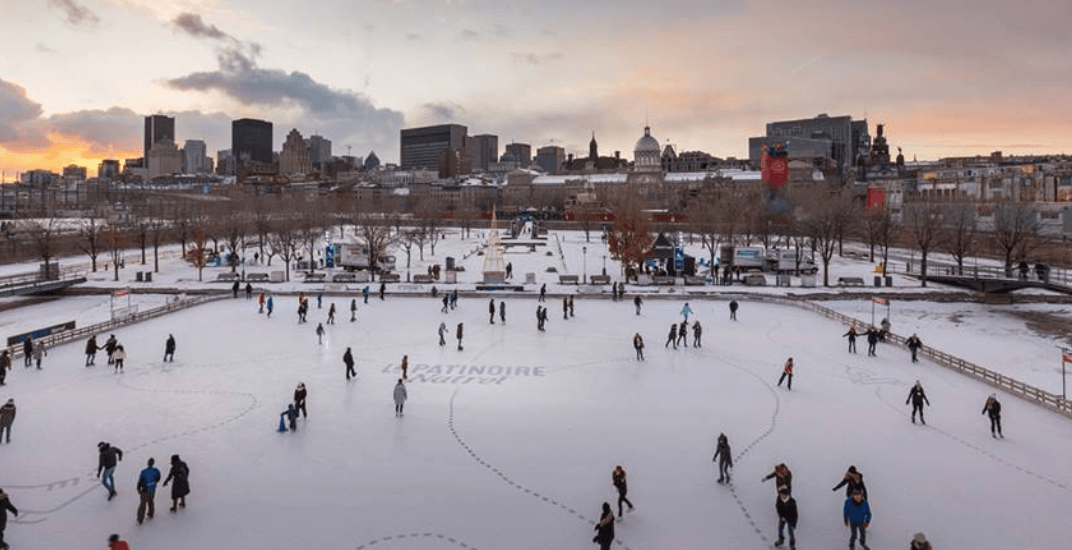 Your Saturday has arrived! The Old Port skating rink officially opens today and there are plenty of other holiday events happening around town. Get out there and be festive!

On December 9, Avenue du Mont-Royal will light up for the 2017 Torchlight Christmas Parade.This holiday extravaganza will feature the characters of Yan Imbault animations who will take to the streets alongside choirs, stilt walkers, entertainment, and festive parade-goers.

Where: Parade kicks off at Parc des Compagnons (at the corner of Mont-Royal/ Cartier)
When: December 9, 2017
Time: Events kick off at 7 pm. See full schedule of events on website.
Price: Free! Non-perishable food donations are welcome.

This year, Cineplex will be screening some of the best Christmas classics on the big screen. This year’s selections include: Miracle On 34th Street, Elf, Polar Express 3D, Bolshoi Ballet: The Nutcracker, Love Actually, Die Hard and It’s A Wonderful Life.

Mark this on your calendars! An enchanting Christmas village is coming to Montreal this December. Village de Noël de Montréal will feature holiday vendors, delicious treats, sparkling Christmas trees, lights, Santa Claus and so much more!

Where: Place du Marche, corner of St-Ambroise and Atwater
When: Until December 10, and December 15  to 17
Time: TBA. Check website for hours.

It’s never too early to start making that holiday gift list and you’ll be able to pick up some great finds at the  Marche Artisanal Montreal.This Christmas market will feature amazing holiday gifts crafted by local artisans. This year, the market will be held at La Casa D’Italia next to metro Jean-Talon.

When: December 9 to 17, 2017
Where: La Casa D’Italia, 505 Jean-Talon Est, Montreal
Tickets: More information to be released closer to the event. Check website for details.

If your Christmas event to-do list isn’t already full of activities, you may want to add this one to your list. A magical Christmas village is taking place just 30 minutes away from Montreal.

If you’re looking for some fashionable holiday finds you’ve got to check out Montreal’s Designer Holiday Market.

The ultimate holiday shopping market will be taking over Palais du Congres from November 30 until December 10. The market started in 2010 in support of The Nutcracker Fund for Children, the country’s first charity Christmas market symbolizes the kick-off for the holiday celebrations.

Where: Palais du Congres
When: Until December 10, 2017
Admission: Free

From December 1 to 24, Le Grand Marche de Noel will be taking over Place des Arts. This German-style Christmas market will feature food trucks, a Santa’s Cabin, Elves Workshop, and Santa’s Sleigh. There will also be carol singers, karaoke, storytime, and so many more events happening for the holiday season.

Here’s another Christmas market to add to your list. Until December 24, this charming alleyway in Old Montreal will turn into an adorable holiday market hosted by The Pepin Shop.

Where: Various pop-up locations, check Facebook page for this year’s details!
When: Until December  31, 2017