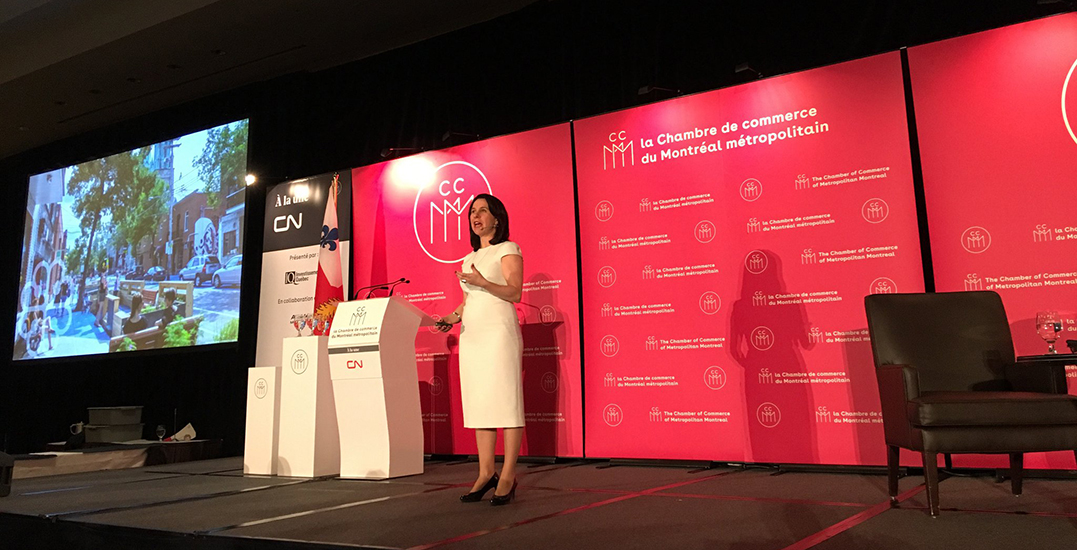 The announcement was made at the Sheraton Center, to a crowded room of 868 people, including several economic, institutional, and social partners.

Plante shares that she believes Montreal’s economy, although undergoing a transformation, is “diverse, dynamic, and avant-garde.” Their strategy aims to seize “new opportunities to accelerate the economic development of the city in a sustainable, inclusive, and innovative way.”

A statement from the city of Montreal explains that a number of experts including leaders and international players in the business community were consulted. Also created was a trade advisory committee and an advisory committee for the economic development of the territory.

Over the next two months, eight actions plans will be adopted, targeting:

By 2022, $360 million will be invested into economic development. The amount includes the $150 million unveiled by the Government of Quebec as part of their Joint Economic Planning.

While full details have not been shared, confirmed actions include: