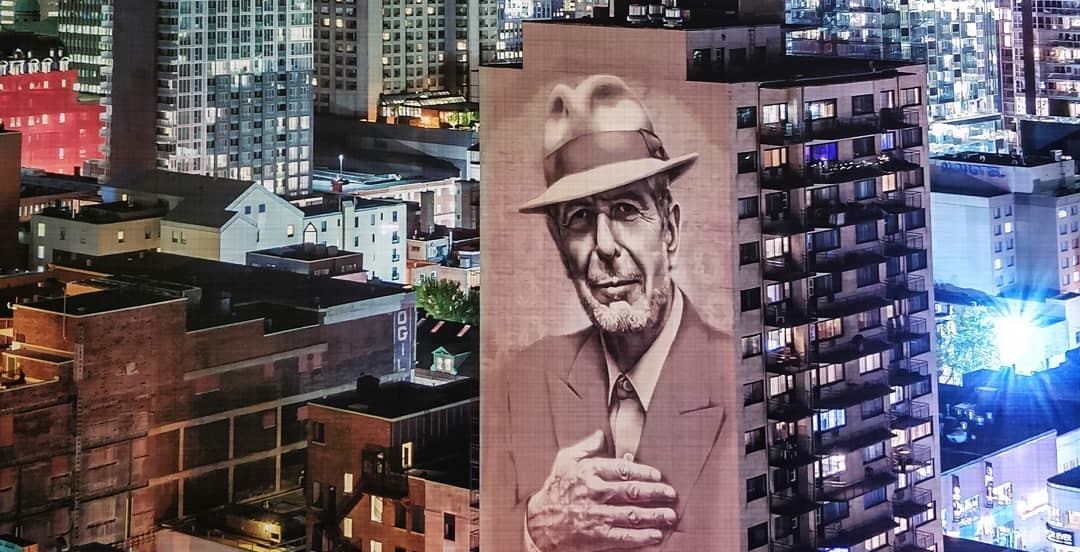 Starting tonight, the 8,500-square-metre mural, Tower of Songs, that pays tribute to the late singer-songwriter will be permanently lit for the foreseeable future.

The charitable non-profit organization MU is behind the latest tribute to Cohen.

MU’s mission is “to beautify the city of Montreal by creating murals that are anchored in local communities. For 12 years already, 120 murals have been created in 17 boroughs of Montreal,” reads the organization’s website.

The Leonard Cohen mural lighting project is made possible with the support of the Ville-Marie borough and Tourisme Montréal, according to a press release, in response to a large public demand to see the mural lit.

The #LeonardCohen mural on Crescent Street will be lit up as of 9 p.m. tonight! 🌟😍
📷 @evablue
🎨 Tower of Songs, by El Mac + Gene Pendon, with @MUmtl #streetart #publicart #MTLmoments pic.twitter.com/OoMTZc47AV

“This is something we have wanted to do for a while now,” MU Communications Officer Kamelia Savova told Daily Hive. “Four projectors will light up the mural permanently, starting tonight at 9 pm.”

The mural already has a hint of the colour red over Cohen’s hand and heart.

The event will be inaugurated tonight in the presence of Mayor Valérie Plante and Yves Lalumière, president and CEO of Tourisme Montréal, as well as representatives of Cohen’s family.

We’ll be sure to keep you updated with photos once the iconic mural becomes lit for good.