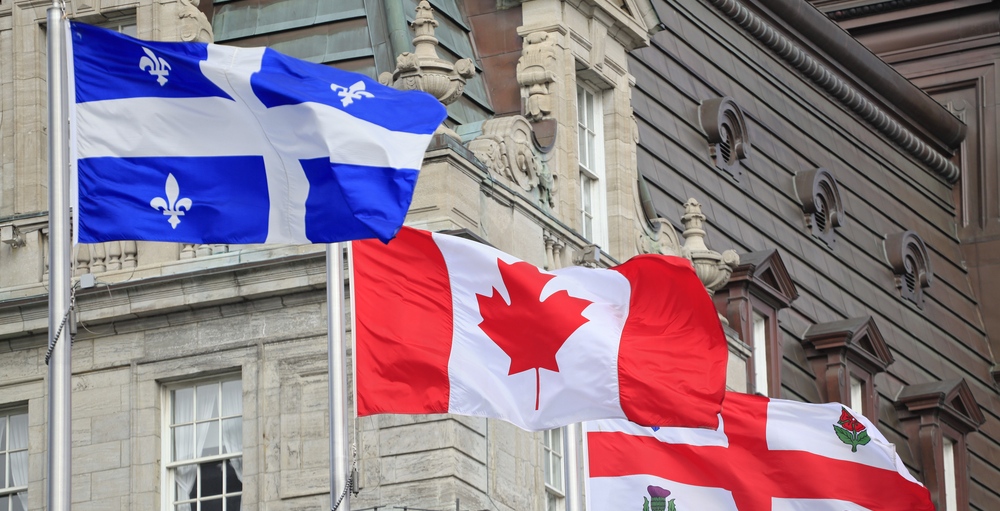 The City of Montreal will comply with a provincial flag law that requires the Fleur-de-lis to be the most prominent emblem.

According to Légis Québec’s Laws and Regulations, “In all cases, the flag of Québec has precedence over any other flag or emblem.”

The change was put into motion after Quebec nationalists accused the city of violating provincial legislation by prominently flying the Canadian flag, instead of the Quebec flag, at Montreal’s City Hall.

Also, in Montreal city council’s chamber and atop the municipal courthouse, only Montreal’s flag flies.

The Act Respecting the Flag and Emblems of Quebec continues that, “As the national emblem of Québec, the flag shall be displayed at official events and in the places, cases and circumstances determined by regulation of the Government.”

Following the complaints, Montreal has re-analyzed the city’s flag policy which had not been updated since 1996.

Federal flag regulations state that when multiple flags are on display in the country, Canada’s Maple Leaf flag should be in the centre. Those guidelines are not a law however and are not backed by any legislation.

As a result, the city has since announced that the Quebec Flag will fly from the centre pole outside of Montreal City Hall as of November 19.

The Fleur-de-lis will also be added to Montreal City Council Chambers and municipal courthouses, in accordance with provincial law.