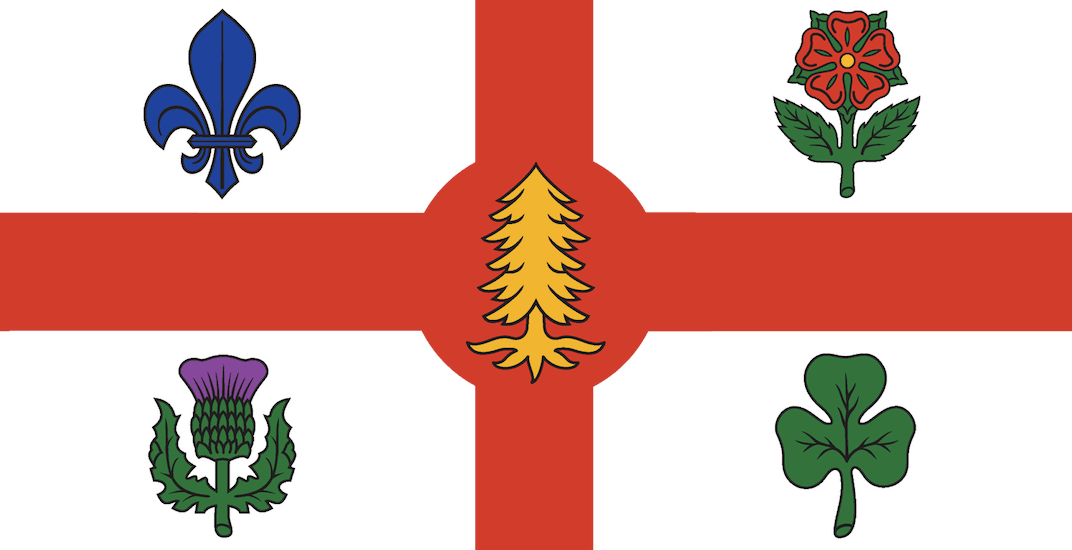 Today, the City of Montreal unveiled a new coat of arms, flags, and symbols, to better represent the city’s Indigenous history.

“Montréal has changed its coat of arms and flag to better reflect the city’s origins, establish a “nation-to-nation” relationship with Indigenous Peoples and recognize their importance and fundamental historical contribution,” said the City in a statement.

“On September 13, 2017, as we celebrate the 10th anniversary of the United Nations Declaration on the Rights of Indigenous Peoples, Montréal presents its new coat of arms and flag with a white pine symbolizing the Indigenous Peoples, and standing for Peace and Harmony.”

The new symbol of Montreal is the white pine, which stands for the “original native presence in Montreal.” The new symbol appears on both the updated flag and coat of arms.

According to the City, the white pine is known as the “tree of peace” for many Indigenous peoples of eastern North America.

The City consulted with an Assembly of First Nations of Quebec and Labrador to establish a committee of experts from different nations to select a new city symbol.

“The white pine was chosen by an advisory committee consisting of a Kahnawake chief representing the three Mohawk communities, a representative of the Montréal’s urban Indigenous community, an Anishinaabe elder and the director of the Centre d’histoire de Montréal,” said the City in a statement.

The city’s new flag has been updated to include the white pine in the centre. The flag’s original symbols —the fleur-de-lys of the Royal House of Bourbon, the rose of the House of Lancaster, the thistle, and the clover— remain to reflect the city’s French, English, Scottish, and Irish histories.

The white pine has also been placed in the centre of the new coat of arms. 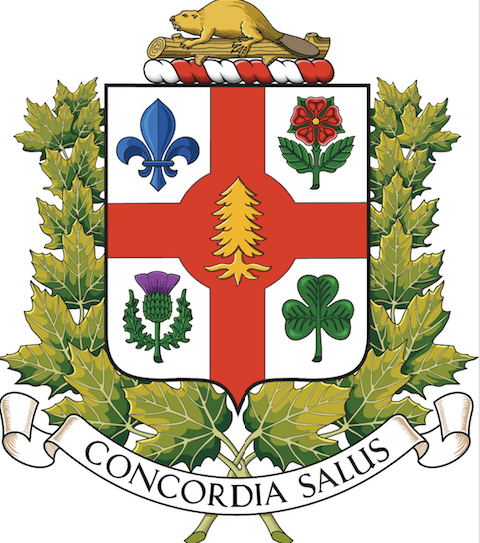 Montreal’s new coat of arms preserves elements of its former version, specifically the shield’s shape and background, the heraldic cross and the national emblems of the founding peoples.

In 2016, the City announced that it intended to make Montreal a metropolis of reconciliation with Indigenous peoples.