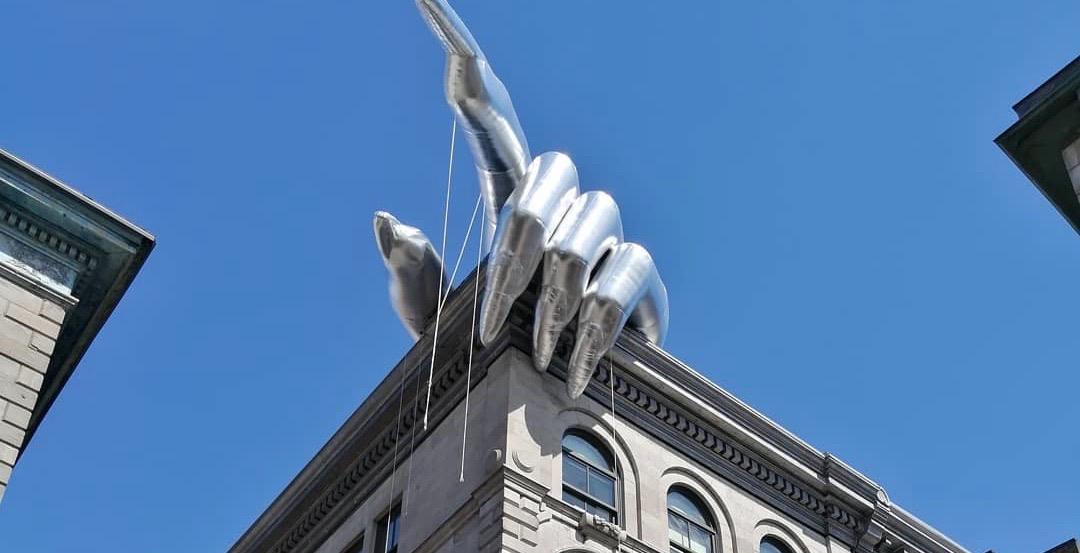 Montreal’s Phi Centre has had a helping hand in decorating the city’s skyline.

A giant silver hand, that is.

As part of the art and cultural venue’s Hum(ai)n exhibition, the Phi Centre has set up a massive pointing hand atop their building on rue Saint-Pierre.

It’s important to know when gigantic art pieces are taking over certain buildings to ensure it’s not, you know, the apocalypse. 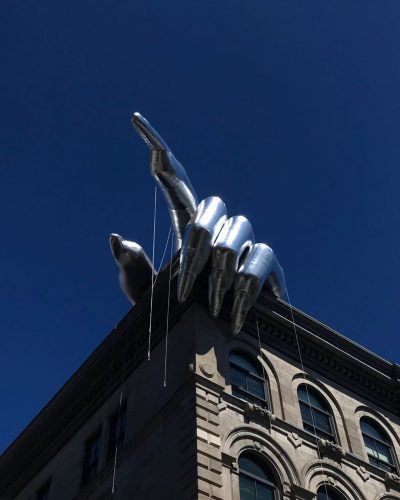 The Hum(ai)n exhibition is from musician David Usher and the piece involves a digital AI character named Ophelia who speaks freely with guests. Exhibition goers are invited to ask her questions, talk to her, and see what she has to say.

Her summer-long interaction with humans will help evolve her cognitive state. 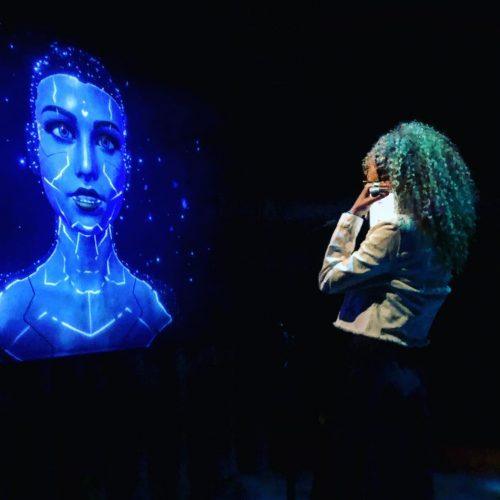 The interaction features some of the world’s latest and most innovate technology-based artworks, according to the Phi Centre website. “The exhibition activates the movements of the body by challenging the heart and the human faculties of the mind—faculties that are increasingly being enhanced, altered, and shaped by technology,” says creator David Usher. “We are closer than ever to becoming demigods, mastering our own destiny through technology.”

Between Ophelia and the building’s giant silver hand, Montreal is starting to get a little bit of a The War of the Worlds vibe for the summer. 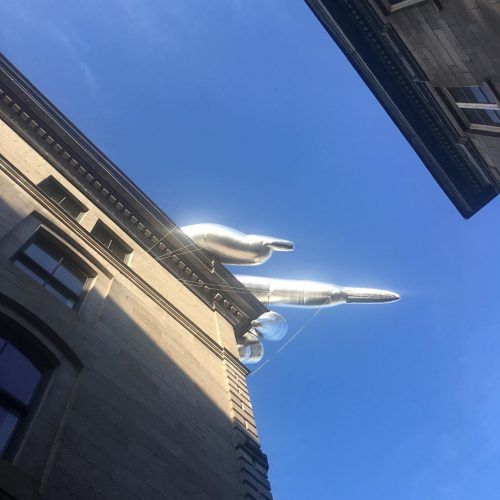 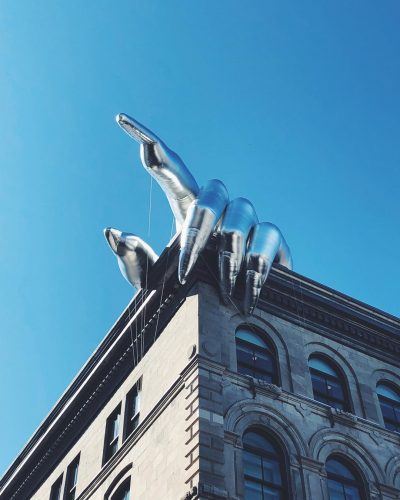 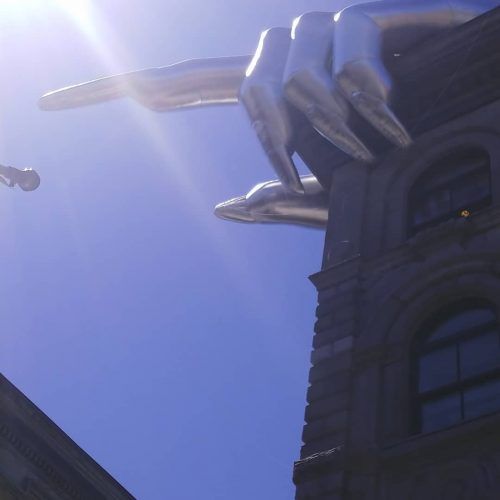