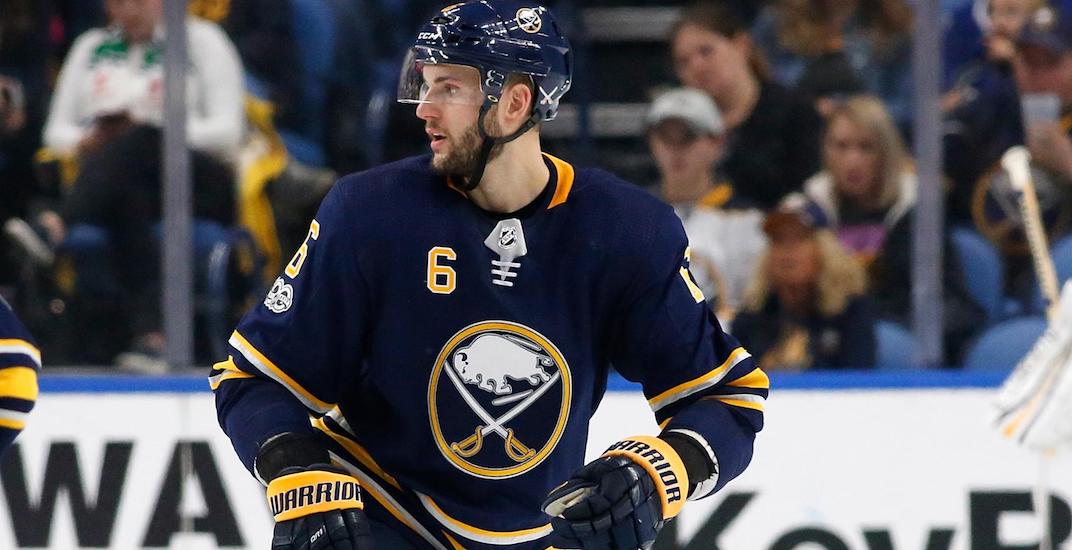 In an effort to boost their diminishing postseason hopes, the Montreal Canadiens shook up their defence corps on Thursday night.

First the team announced that they had traded Mike Reilly to the Ottawa Senators in exchange for minor-league forward Andrew Sturtz and a fifth-round pick in the 2021 NHL Draft.

The Canadiens have acquired a fifth-round pick in 2021 from the Ottawa Senators, and forward Andrew Sturtz, in return for defenseman Mike Reilly. Details to come.#GoHabsGo

Just about half an hour later, the other shoe dropped with the announcement that they had acquired defenceman Marco Scandella from the Buffalo Sabres in exchange for the San Jose Sharks’ fourth-round pick in the 2020 draft.

The Sabres were also wheeling and dealing today, promptly trading that pick to the Calgary Flames for Michael Frolik.

The Canadiens have acquired defenseman Marco Scandella from the Buffalo Sabres, in return for a fourth-round pick in 2020 (acquired from the San Jose Sharks on June 22, 2019).#GoHabsGo https://t.co/uJEKDoyayl

Reilly played in 90 games over parts of three seasons with the Canadiens, recording 23 points (3-20-23). He’d only recorded four assists in 14 games as a regular healthy scratch this season, though. He’s signed through next season on a contract that carries a $1.5-million cap hit.

As for Scandella, the Montreal native has played 549 games over parts of 10 NHL seasons with the Sabres and Minnesota Wild, recording 133 points (41-92-133). He has three goals and six assists in 31 games this season, as well as a +9 rating that was tops among all Buffalo defenders. He will be an unrestricted free agent after the season.

Just earlier this week we discussed how acquiring a defenceman had to be among Marc Bergevin’s top priorities heading into the new year. It didn’t take him long to act. Scandella may not be an elite defenceman, but he’s an upgrade over Reilly and will help shore up Montreal’s bottom pair.

Overall, this is a solid move by Bergevin. He essentially just moved down from a fourth-round pick in this year’s draft to a fifth rounder in next year’s in order to improve the blue line.

It may also send a boost to the locker room after three tough losses coming out of the holiday break and the loss of Brendan Gallagher to a concussion. Bergevin is telling his team that he still believes in them and wants to give them a chance to reach the playoffs.