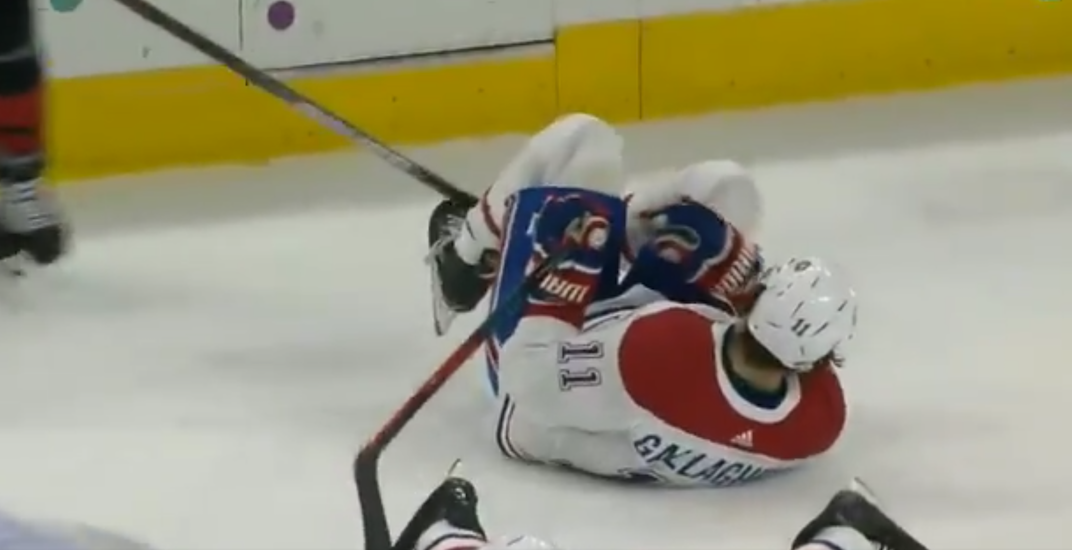 The Montreal Canadiens will be without Brendan Gallagher indefinitely, as head coach Claude Julien confirmed the 27-year-old winger suffered a concussion.

Head coach Claude Julien confirmed that Brendan Gallagher sustained a concussion. He has been placed on injured reserve. pic.twitter.com/ZYRFYtGMpY

Gallagher picked up the injury in Carolina on New Year’s Eve. He was knocked to the ice by Hurricanes captain Jordan Staal before running into Ben Chiarot’s knee. Not only did Gallagher suffer a blow to the head from his teammate, his head also bounced off the ice.

😱
Brendan Gallagher down on the ice after this collision from Ben Chiarot. #Habs pic.twitter.com/sDiPl7Z2sf

“We don’t know how long he’ll be out. It’ll depend on his recovery. But it’s another big loss,” Julien told reporters. “We haven’t been lucky lately, so we have to find a way to overcome this and try and win games.”

Gallagher has been one of the Canadiens’ best players, scoring 32 points in 40 games this season.

With the team currently seven points out of a playoff spot, an already daunting task just got tougher. The Habs were already without Jonathan Drouin, Joel Armia, and Paul Byron due to various injuries.

Montreal has their next three games at home, against tough opponents in the Tampa Bay Lightning, Pittsburgh Penguins, and Winnipeg Jets.