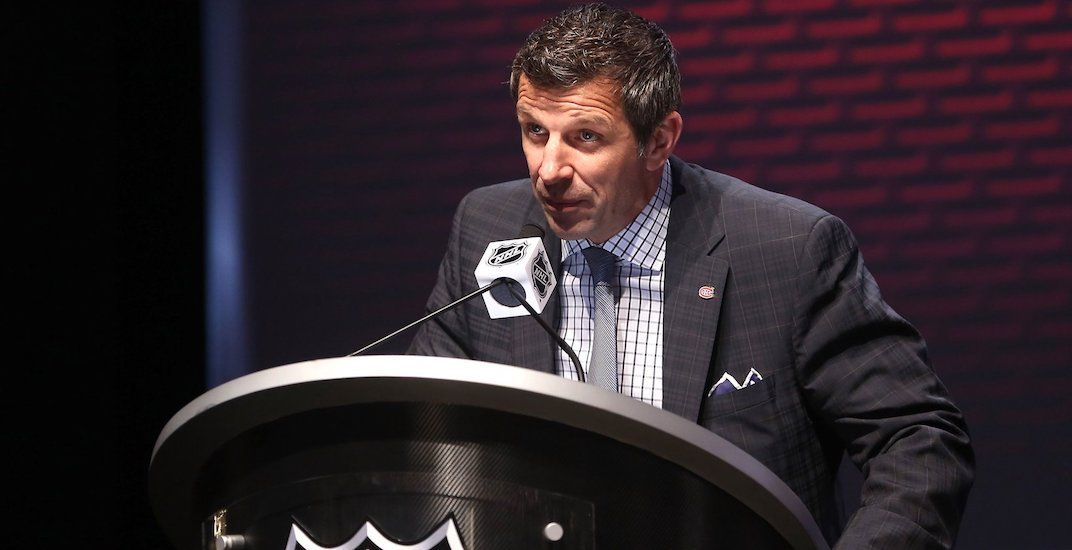 Most people prefer travelling to Florida than Western Canada at this time of the year. Apparently not the Montreal Canadiens, though.

After a 3-1-0 trip out West heading into the holiday break, they came out of it with a pair of tough losses to Atlantic Division teams that they’re fighting for a playoff spot with, 5-4 to the Tampa Bay Lightning on Saturday and 6-5 to the Florida Panthers on Sunday.

The losses dropped Montreal out of a playoff spot for the time being. The Habs are going to need a pretty strong second half if they want to be one of the teams to emerge from a five-way battle for two playoff spots in the Atlantic.

With that in mind, we came up with some New Year’s resolutions for general manager Marc Bergevin.

The Columbus Blue Jackets were in a tough spot last season. They were on the playoff bubble, and their leading scorer in Artemi Panarin and star goalie in Sergei Bobrovsky were pending unrestricted free agents.

But general manager Jarmo Kekalainen boldly decided to push all his chips in. Not only did he hang on to Panarin and Bobrovsky, but he also swung deals to acquire Matt Duchene and Ryan Dzingel from the Ottawa Senators.

It was a risky strategy for a team that looked to be far from a sure thing to even make the playoffs, but it worked out. The Blue Jackets beat the Canadiens out for the second Wild Card spot in the Eastern Conference, then won their first playoff series in franchise history with a stunning sweep of a 128-point Lightning team.

In 2016-17, the Canadiens were on their way to finishing first in the Atlantic Division, but very clearly could have used some more offence. Bergevin’s answer was to swing deals for depth players like Dwight King, Steve Ott and Andreas Martinsen, who combined to score one goal in a Montreal uniform. The Habs would lose to the New York Rangers in a first-round series where they scored a combined four goals in their four losses.

The Canadiens would have to go 27-16-0 the rest of the way just to get to their 96-point total from last season, which usually would be enough to make the playoffs but wasn’t last year. This team is going to need some help to go on a run like that. Bergevin says he’s not going to mortgage the team’s future, but he’s been saying that for a few years now. At some point, you have to take a swing in the present, and there are trades he could make to improve the team that wouldn’t cost top prospects like Cole Caufield or Alexander Romanov.

Besides, perhaps Bergevin should be concerned about his own future. He’s in his eighth season on the job, and hasn’t shown that he knows how to take the Habs from a middle-of-the-pack team to a legitimate contender. It would hardly be surprising if a third straight postseason miss and fourth in five years would put his job in danger. He can’t approach this year’s trade season as conservatively as he has recently.

Now that’s Bergevin’s decided to go for it, the first thing on his to-do list needs to be trading for a defenceman.

The Canadiens have a pretty good top four with Shea Weber, Jeff Petry, Ben Chiarot and Victor Mete. However, the team has been rotating through players like Brett Kulak, Cale Fleury and Mike Reilly to fill out their blue line, and the results haven’t been terribly inspiring.

Most of the top pending UFA defencemen, such as Alex Pietrangelo and Torey Krug, are on contending teams, which could make adding a significant piece to the blue line somewhat difficult. There are some defencemen who should be available and could help improve Montreal’s bottom pair, though, such as Sami Vatanen of the New Jersey Devils and Ben Hutton of the Los Angeles Kings.

The Habs were also reported to have interest in Alec Martinez of the Kings before he was sidelined by a wrist injury. Martinez hasn’t played since November 25, but sounds like he’s nearing a return.

3. Realize Carey Price isn’t what he used to be

We’re starting to beat a dead horse here, but this past weekend in Florida only reinforced the goaltending issue that the Canadiens have.

Still without a backup goalie he trusts, Claude Julien played Carey Price played both halves of the back-to-back. He allowed 11 goals on 64 shots.

Price has started 32 of Montreal’s 39 games so far with a goals against average over 3.00 and a save percentage barely over .900 on the season. It’s time for the Habs to realize that riding Price as hard as they can isn’t working out anymore. His workload needs to be reduced.

If they can’t acquire a goalie, Bergevin needs to recall Cayden Primeau and tell Julien to give him a chance to sink or swim. At the very least, Price should not be playing back-to-backs anymore.