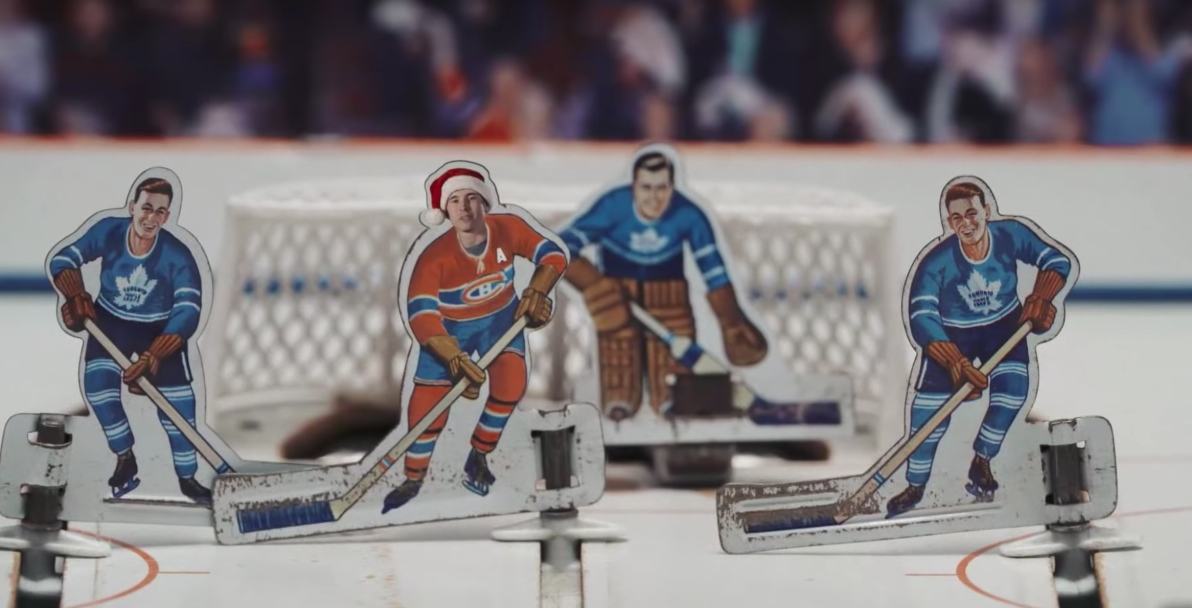 The Montreal Canadiens swapped out the Bell Centre ice for a table-top hockey rink in wishing their fans Happy Holidays.

Players faces were superimposed over old-school tabletop hockey players in a modern take on the vintage hobby.

The charming video was posted to the Canadiens’ social media channels on Thursday night which features a variety of Habs players receiving a wooden-puck pass before giving ‘seasons greetings’ in their respective native languages.

Plus, in true old-school fashion, the Habs are playing the rival Toronto Maple Leafs. For those keeping track, table hockey was invented in the 1930s (around the same time the Leafs won their last Stanley Cup).

Check out the video below and revel in how good Carey Price would look in those old-style pads from yesteryear.

It also probably wasn’t an accident that Andrew Shaw delivered his greetings from the penalty box.