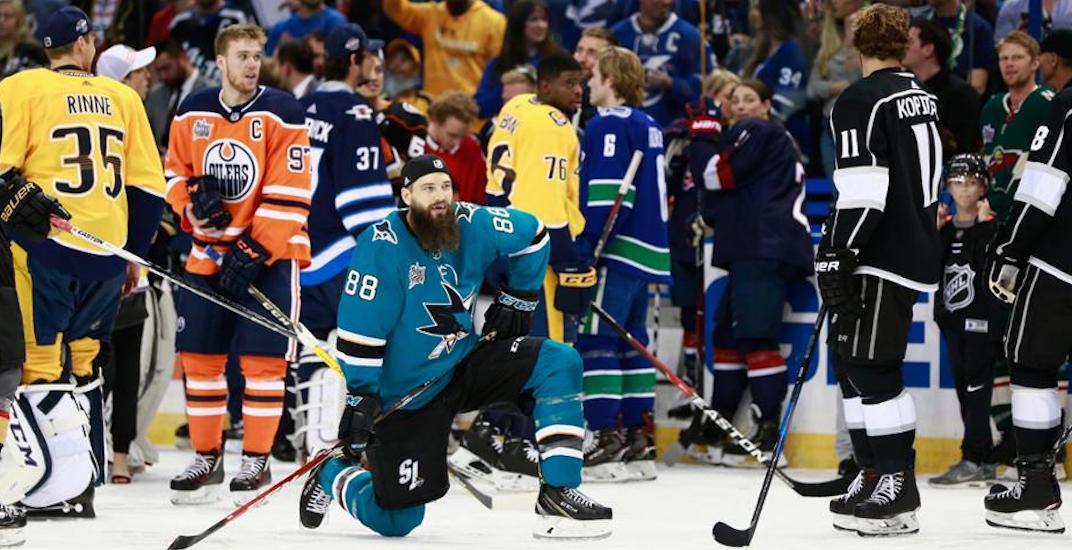 That’s especially true for NHL teams, as the league takes a rare three-day break during the holiday season, with no games scheduled on December 24, 25, and 26. A league-wide roster freeze has already come into effect, meaning players can’t switch teams until December 28.

Here’s one specific Christmas wish for each of the NHL’s 31 teams:

Anaheim Ducks: Corey Perry hasn’t played this season after undergoing knee surgery in September. A return to form upon his return would help this team fly higher.

Bring out the ‘Yotes.
The @ArizonaCoyotes Kachina jersey is back.
#adizero #NHL pic.twitter.com/Kkk29xtoFl

Boston Bruins: This team has been battered and bruised to begin the season, but a return to full health for Patrice Bergeron and Zdeno Chara would exponentially increase this team’s holiday cheer.

Buffalo Sabres: The Sabres will need continued help from the hockey gods in order to keep belying the numbers that suggest regression is coming during 2019 portion of the schedule.

Calgary Flames: Some production from James Neal would be nice, seeing as the five-year, $28.75-million contract he signed this past summer is the white elephant gift in the room nobody wants to take.

Carolina Hurricanes: All this team wants for Christmas are two capable goalies. Even one would do. Curtis McElhinney and Petr Mrazek are holding things together while expected starter Scott Darling tries to find his game in the AHL, but this remains a glaring weakness.

Chicago Blackhawks: Sending solid rookie defenceman Henri Jokiharju to the World Junior Hockey Championship means this team is not so secretly hoping to rebuild on the fly with the help of 2019 No. 1 draft pick Jack Hughes.

Columbus Blue Jackets: The only thing that can make up for recently losing a game of Connect 4 to the Vegas Golden Knights is to string together at least 4 wins in a row.

Dallas Stars: Celestial beings are meant to play a big role around the holidays, guiding the way and all that good stuff. These Stars have been looking a bit lost, but some home cooking should do them well.

7 weeks ago the Stars boarded a plane for Detroit. Since then they played 17 of 24 away, and spent 32 of the last 50 days on the road. Quite the grind.

Detroit Red Wings: Due to an injury suffered by Jimmy Howard, the Red Wings recently had to dress a beer-league goalie as an emergency backup.

He’s a geologist by trade, but it’s probably not what the coaching staff had in mind when they talk about digging deep to mine some wins. Flipping a healthy Howard for draft picks is a more likely scenario.

Edmonton Oilers: Connor McDavid is making holidays wishes come true on and off the ice.

Florida Panthers: Heading into a Dec. 20 game against Toronto, Aleksander Barkov had drawn 25 penalties and taken zero. That’s the kind of behaviour that puts you at the top of the “nice” list.

Los Angeles Kings: The last-place Kings look absolutely lost out there these days. Their wish is reminiscent of kings of past – “Westward leading, still proceeding,
Guide with thy perfect light.” Tall task for former star defenseman and current GM Rob Blake.

Minnesota Wild: This team deserves some extra treats this holiday season because of its blind hockey program that continues to grow in the state of hockey, according to ABC News. “The program involving the athletes in Minnesota Disabled Hockey is the largest in the country. There are participants that range in age from six years old to adults in their thirties.” Amazing stuff.

Montreal Canadiens: If the Canadiens can make table hockey a thing again, we will all be blessed.

Nashville Predators: P.K. Subban has been on the shelf for quite some time, and the game would be better off if Santa’s elves could bring some healing magic. Hockey’s just better when he’s playing.

New Jersey Devils: Cory Schneider has been putting the L in elf, failing to win a single regular-season game in 2018. He was recently placed on injured reserve, and Devils fans are singing “What goalie is this?” Our holiday wish, though, is “Come, thou long expected W.”

New York Islanders: Expected to bottom out after losing John Tavares in free agency, this club is somehow in playoff contention. More of this would be nice.

New York Rangers: As we celebrate the 15th anniversary of The Return of the King, we also hope franchise goalie Henrik Lundqvist gets his due as a legitimate Vezina Trophy candidate.

Ottawa Senators: It’s hard to even know where to begin with this team, as 2018 has been truly one to forget for a whole number of reasons. Some well deserved love for young defenceman Thomas Chabot is a great place to start.

Philadelphia Flyers: Do not EVER let Gritty be tamed, even if it means ol’ Saint Nick takes a hit.

.@GrittyNHL is OUT OF CONTROL, as usual. pic.twitter.com/LVLjBRZKg8

Pittsburgh Penguins: Maybe what this team needs is to fast forward to Groundhog Day, because it seems as though they gave up on Sprong’s arrival a bit too early.

San Jose Sharks: Erik Karlsson has been solid yet unspectacular since joining the Sharks, but appears to be heating up offensively. More of these ridiculous passes, please.

St. Louis Blues: We speak for the other 30 teams when we hope for the Boxing Day sales to begin in St. Louis, with Blues players potentially being shopped in the midst of a very down season.

Tampa Bay Lightning: What do you give the team that seems to have it all? A hold on first place to avoid the team below them in the first round of the playoffs, at the very least.

Toronto Maple Leafs: Auston Matthews and Mitch Marner already made holiday wishes come true by appearing as Cannon Dolls in the National Ballet of Canada’s production of The Nutcracker in Toronto.

Vancouver Canucks: In a playoff race once again in their first season in the post-Sedin era, a Calder Trophy in Elias Pettersson’s stocking would be most fitting. No other rookie is going to come close, health permitting.

Vegas Golden Knights: His tenure in Vegas has gotten off to a dicey start, but is Max Pacioretty primed for a big 2019? Don’t roulette out.

Washington Capitals: Keep Father Time away from Alex Ovechkin. At age 33, he is showing no signs of slowing down, and it’s a joy to watch.

Good ol' @snseanreynolds asked Patrik Laine if his linemate Kyle Connor (3 goals in the last 2 games) was going to turn him into an "assist man."

Laine: "Nope. I hope not. … I'm gonna take a few assists every once in a while, but I don't want them too often."