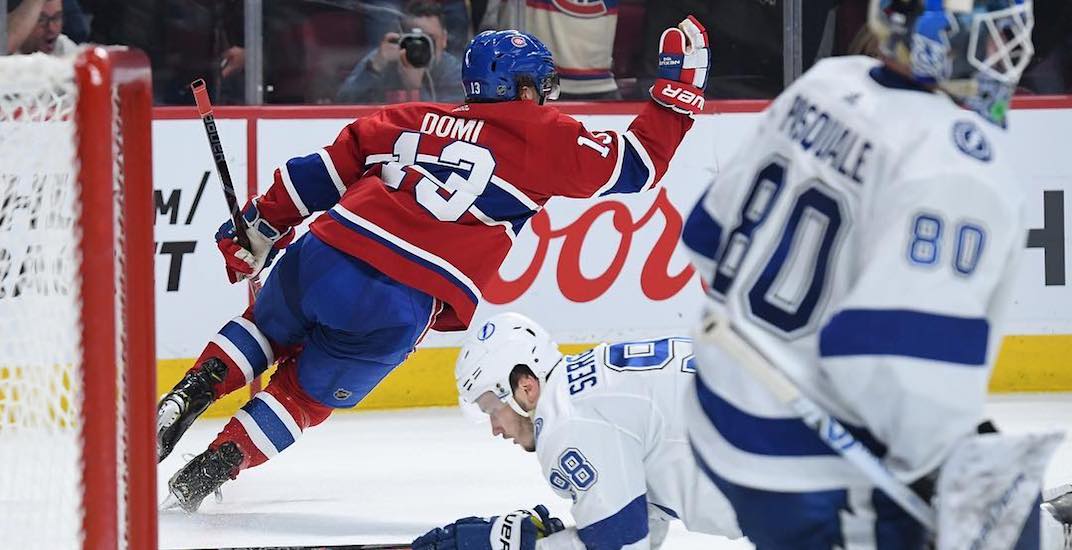 Faced with an impossible challenge to keep their season alive, the Montreal Canadiens are defying the odds.

A pair of big wins, on the road in Winnipeg and at home against the league-leading Tampa Bay Lightning have the Habs still in the closest playoff race in the NHL this season. 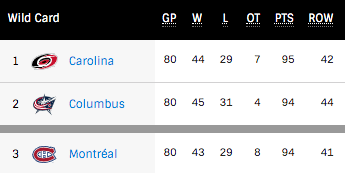 The Canadiens are tied with the Columbus Blue Jackets, and trail the Carolina Hurricanes by just one point. Montreal doesn’t hold the tiebreaker with either team, holding fewer regulation and overtime wins (ROW) than both Carolina and Columbus, so they need help.

Here’s how each team’s remaining schedules shake down:

Analytics website Sports Club Stats currently lists Montreal as having just a 36.6% chance to make the playoffs, but the team still has confidence they can get it done.

Montreal likely needs to win both of their remaining games to give themselves a chance, though they’ll still need a loss by either Carolina or Columbus to make their dream a reality.