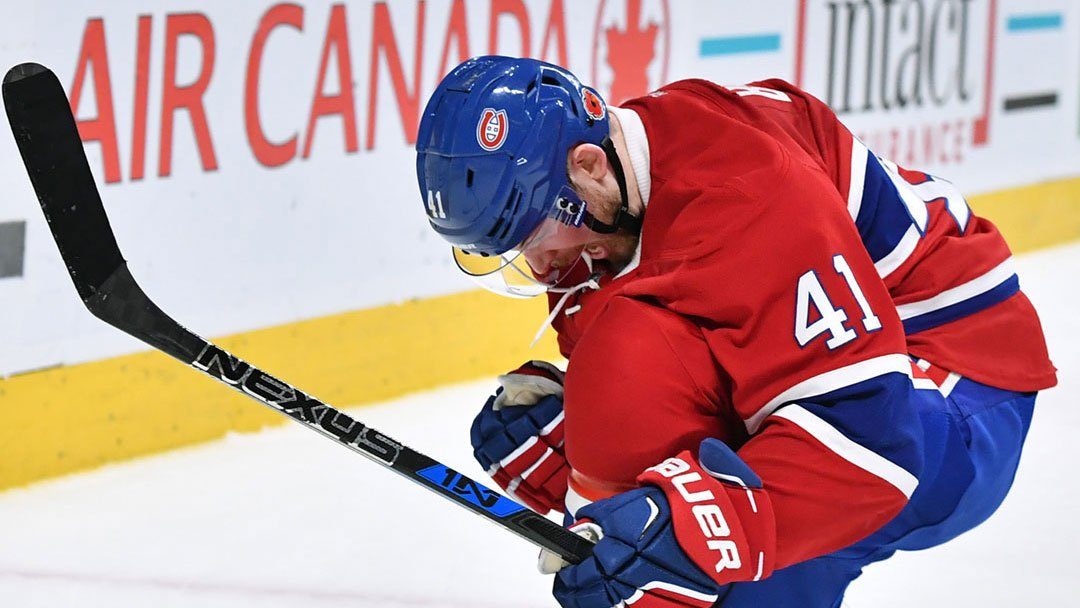 We’ve already given Marc Bergevin his report card for this offseason, figuring that most of his major moves have already been made.

That’s probably true, at least in terms of additions. But when you take a look at the Montreal Canadiens’ salary cap situation, it becomes pretty clear that they’re probably going to have to trade someone. If they went with a 21-player roster they could go into the season at a little over $300,000 under the cap, but we’re going to assume they aren’t going to want to carry only 19 skaters and have no cap flexibility.

So if someone’s going to have to go, who will it be? Today we’re going to take a look at five different players who could see them and their contracts shipped out of town before the new season.

Paul Byron has provided a ton of value to the Habs for a guy who they plucked off waivers from the Calgary Flames back in October 2015. An alternate captain, he’s now the fourth-longest tenured player on the team, behind only Carey Price, Brendan Gallagher, and Jeff Petry.

But with three years left on a contract that carries a $3.4 million cap hit, are they still getting value out of him?

A knee injury sidelined Byron for a little over three months last season, limiting him to 29 regular season games in which he scored just four goals and 10 points. The 31-year-old then scored one goal and four points in 10 playoff games. Injuries also held Byron to just 56 games in the 2018-19 season, and his average ice time of 14:20 in 2019-20 was his lowest since his first season in Montreal.

Byron would likely be a bottom-six forward for the Canadiens next season, and a somewhat expensive one at that. It wouldn’t be surprising if Bergevin is gauging the trade market for him.

Last season was less impressive, and with the acquisition of Joel Edmundson, Kulak looks like a spare defenceman now, buried behind Edmundson, Ben Chiarot, and Victor Mete on the left side.

Kulak could be of interest to a team with some cap space that’s looking for some depth on the blue line. He’s not making that much money, but given Montreal’s cap situation, he still may just be too expensive for a guy who looks like he may often find himself in the press box.

With the acquisitions of Josh Anderson and Tyler Toffoli, and the contract extension for Gallagher, where does that leave Joel Armia in the Habs’ plans for next season? As their right winger on the fourth line?

Perhaps. The Canadiens want to have a deep team that can score up and down the lineup. They may literally not be able to afford that luxury, though. If they can’t find another way to clear cap space, it probably wouldn’t be that hard to find a taker for Armia, who plays both special teams, scored 16 goals and 30 points in 58 regular season games last year, and has just one year left on a contract that carries a $2.6 million cap hit.

Arturri Lehkonen is a responsible defensive forward and a regular penalty killer for the Canadiens. They seem to believe he’s capable of more offensively, too, but based on Claude Julien’s comments when he made Lehkonen a healthy scratch for a game in February, they’re growing impatient waiting for him to show it.

I asked Claude Julien if it’s simply about a lack of production from Artturi Lehkonen after he said in French “he’s capable of more.” pic.twitter.com/pNE9bwBLfp

Throughout his four NHL seasons, Lehkonen’s been good for about 10-15 goals and 25-30 points per year. It’s fine for a bottom-six forward who contributes in his own end, but the lack of offensive production could lead the Habs to see Lehkonen and his $2.4 million cap hit as expendable.

He’s entering the final year of his contract, but will only be a restricted free agent next summer.

On one hand, it would be pretty surprising if the Habs traded Phillip Danault.

They may see Nick Suzuki and Jesperi Kotkaniemi as their 1-2 punch down the middle for the future, and maybe even the present. However, trading a quality two-way centre like Danault, after having already dealing away Max Domi, would weaken their depth at centre and put a tremendous amount of pressure on both young pivots next season.

Still, it’s at least worth discussing the possibility of a trade because Danault’s future with the team seems up in the air. After Suzuki and Kotkaniemi were given expanded roles in the playoffs, Danault expressed dissatisfaction with his usage, saying he didn’t want to be used primarily in a defensive role.

Danault will be an unrestricted free agent after next season, and while Gallagher and Petry have signed extensions this offseason, Danault has yet to. He’s going to want a raise on his current AAV of just under $3.1 million and may not be interested in signing up to centre the third line moving forward.

If Bergevin doesn’t think he’s going to be able keep Danault beyond next season, it’s at least possible that he explores the trade market for him as he tries to get under the cap.