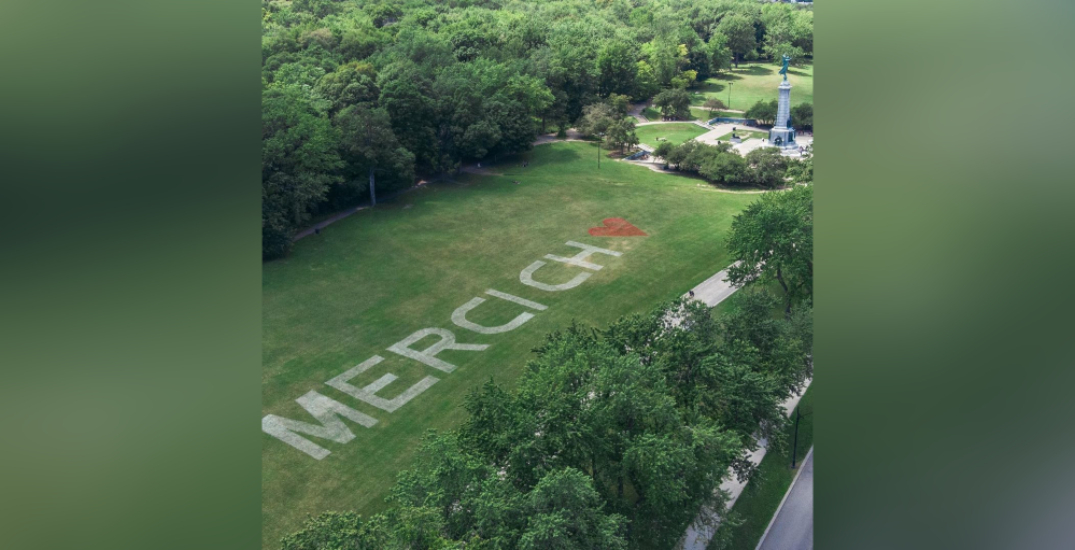 Mount Royal has a new lawn painting devoted to the Montreal Canadiens and their deep playoff run.

The design reads “merci CH” with a heart and is at the base of the historic mountain to which Montreal gets its name.

Montreal Mayor Valérie Plante says Montrealers have been asking for an initiative to celebrate the “magnificent run of the Montreal Canadiens.”

“Well, here it is,” says the mayor’s French Instagram caption. “Our glorious team have use[d] great emotions this year, we just had to thank them with all our heart.”

Plante says the fresco was designed by the MU MTL team using water-based paint that isn’t permanent and that won’t destroy the land’s greenery.

Plante continued to thank the Canadiens organization for giving Montreal “beautiful moments” and opportunities to have “little parties” when the city needed it.