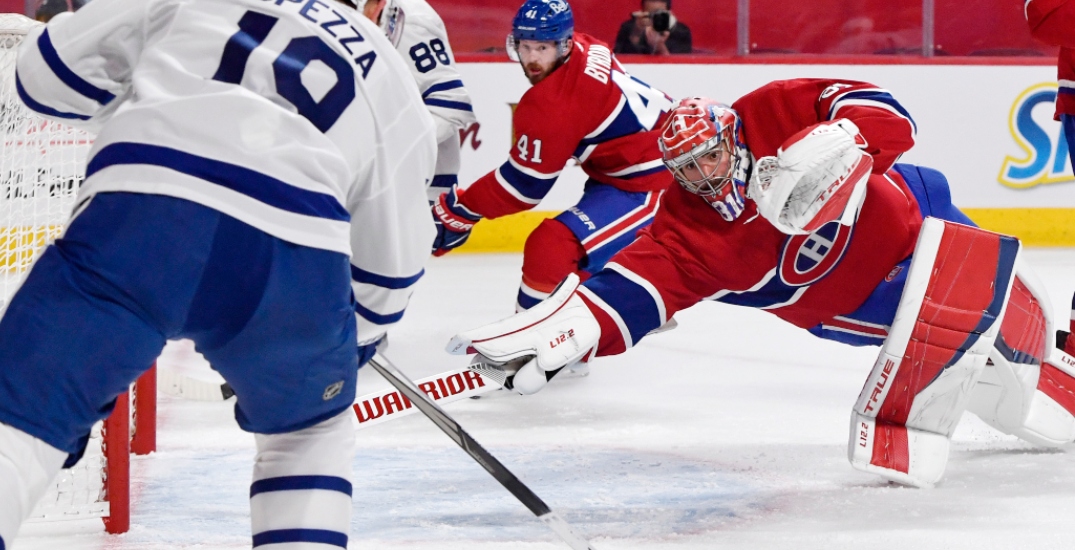 2021 is a year that will occupy space in the heads of Habs fans for years – or decades – to come.

From reaching the Stanley Cup Final in storybook fashion back in June to sinking to the bottom of the league a few short months later, it has been a bumpy ride, to say the least.

Throw COVID-19, mental health breaks, a controversial draft pick, and coach and GM firings into the mix and you end up with  one of the most eventful years in the team’s 100-plus year history.

While it has been far too easy to forget the joy and focus on the darkness surrounding the club in the last few months, we must remind ourselves of the many bright spots that this strange and outstanding year has brought fans.

Here are eight highlights that might just jog your memory.

Before signing with Montreal in the 2020 offseason, Tyler Toffoli was a member of the Vancouver Canucks. While they considered him expendable, he showed them just what he was capable in his first visit back — this time as a member of Le Tricolore.

In the eight times the two Canadian teams faced off that season, Toffoli netted eight goals.

7. A milestone for the captain

And when it came time to honour captain — and future hall-of-famer — Shea Weber’s achievement of 1,000 NHL games played, the Habs did what they did best.

While there was no crowd to provide the inevitable standing O, Weber’s teammates and peers took the opportunity to pay their respects to ‘Man Mountain’.

After winning gold at the world junior championship with the United States in January, and then earning the Hobey Baker Award as the NCAA’s top player, Cole Caufield joined the Canadiens in April.

Despite Caufield’s small stature, his first NHL goal was a big one, netting the overtime game winner against the Ottawa Senators on May 1.

5. Two quick ones for Poehling

After scoring a hattrick in his first NHL game, fans knew there may be something special about Ryan Poehling.

Now, after spending a handful of seasons developing in Laval, Montreal’s 2017 first-round draft pick seems to finally be hitting his stride once more with four goals in his first 17 games this year.

Two of those goals were scored a mere 37 seconds apart on November 20 in a home game against the Nashville Predators.

In the first round of the 2021 playoffs the Canadiens went into Game 5 against Toronto down 3-1 in the series and facing elimination. The rivaled Leafs had the Habs, who barely snuck into the postseason, in a tight chokehold.

With Toronto only one goal away from advancing to the second round for the first time since 2004, Montreal fought with everything they had. Finally, the youth delivered.

In a goal that shifted the series and sparked a comeback, Nick Suzuki got the miracle run started with his overtime heroics.

3. The Price is right

There are an infinite number of replay-worthy Carey Price saves in 2021 alone.

But this stick save from the Toronto series is a real head-scratcher. At first it seems like Jason Spezza missed the open-net opportunity, but upon closer inspection it becomes clear that #31 is in fact guilty of highway robbery.

2. A clean sweep for the “Kings of the North”

After coming back and beating the heavily favoured Toronto Maple Leafs in Round 1, the Canadiens were underdogs going into the second round against the heavy-hitting Winnipeg Jets.

But to the surprise of many skeptics, the Habs swept the their opponents in four games, never trailing for a second.

And although they finished fourth in the division, the Canadiens were crowned “Kings of the North”.

When Arturri Lehkonen scored the series-ending goal against the Vegas Golden Knights on June 24, the city went bonkers. it wasn’t the prettiest goal but none of that mattered. The Canadiens had gone farther than many young fans had ever seen them go,

It was overtime on home-ice, under a full moon, on St-Jean-Baptiste. You could not have written it any better. Fireworks erupted and people took to the streets in a moment that fans and players will never forget.

It is times like these where you remember just how beloved this team is.