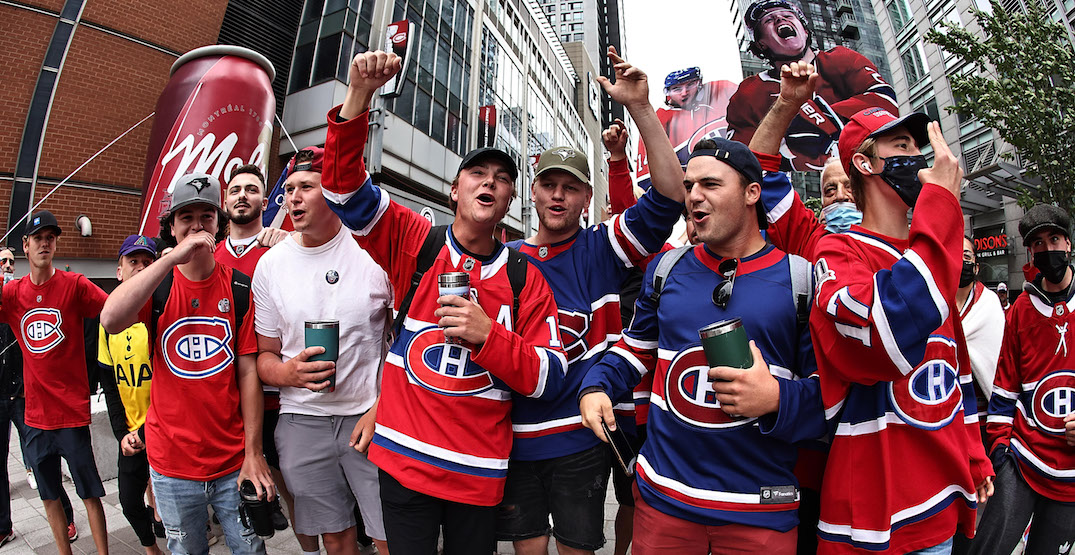 As the only team in the NHL currently unable to host fans, the Montreal Canadiens could see home games moved to later in the season to accommodate ticket holders.

TSN’s Pierre LeBrun is reporting that the NHL is looking to potentially reschedule some of Montreal’s home games to another time when fans are hopefully allowed in the building.

If the Habs can't have any fans at their home games in January (their next home game is Jan. 4), the NHL is looking at the idea of potentially re-scheduling some Habs home games to later in the season when they can (hopefully) have fans in the building. But nothing for sure yet.

The Quebec government announced new restrictions on Monday, after it reported a record-high number of COVID-19 cases, as Omicron takes hold in the province. Included in those restrictions was an order banning fans from attending all professional and amateur sporting events.

The Canadiens have had their last four games postponed, and there’s no guarantee they’ll be able to play their next game in Tampa on December 28. The Habs are scheduled to begin a five-game homestand at the Bell Centre on January 4.

The Canadiens would have to provide refunds to fans for every unplayed game, so moving games to later in the season would provide a financial benefit. The NHL has postponed 50 games and pulled out of the Olympics, so schedule changes will be coming regardless.

While none of the seven Canadian NHL teams were allowed to host fans at games during the 2020-21 season, so far Montreal is the lone team required to host games in empty arenas this season. The Toronto Maple Leafs, Ottawa Senators, Vancouver Canucks, Calgary Flames, Edmonton Oilers, and Winnipeg Jets are all currently required to play games at 50% capacity.