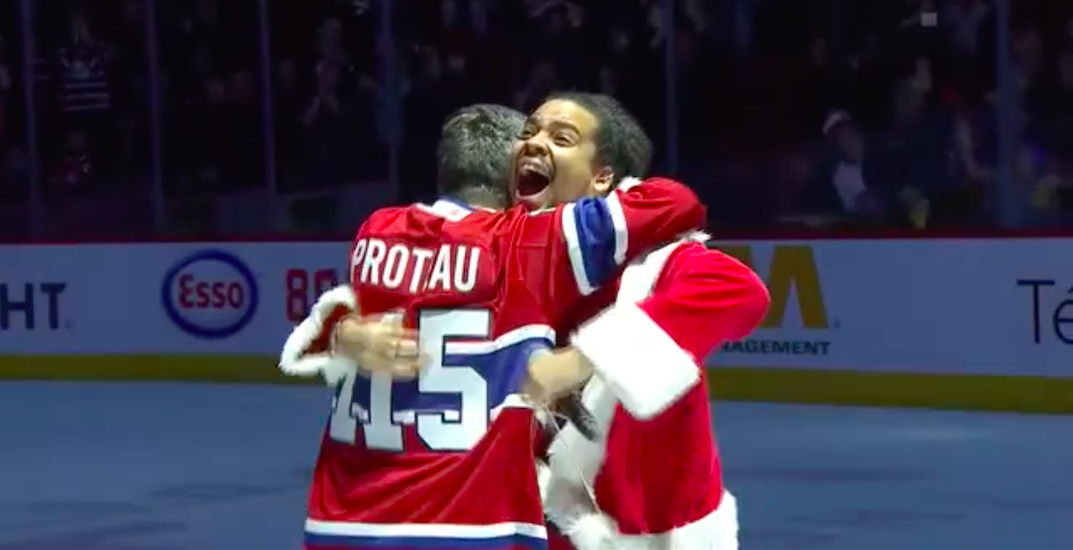 You know those practically-impossible shot competitions during intermissions that nobody ever wins?

As part of an intermission competition at the Bell Centre on Saturday, Montreal Canadiens fan Patrick Proteau shot a puck through a tiny gap in the opposing net, over 125-feet away, and was rewarded with a smooth $50,000 as a reward.

Proteau stepped into the spotlight (literally) and casually tossed the puck into the net to a thunderous applause from the crowd. He was instantly awarded one of those giant “look what I just accomplished” cheques — a pretty sweet holiday kicker.

The Canadiens Twitter account shared another angle from behind the net, just in case you needed a better sense of how truly ridiculous this shot was.

Montreal ended up losing the game 2-1, handing the struggling Detroit Red Wings only their ninth win of the season. The Habs peppered 43 shots on goal and could have perhaps benefited some of the same shot magic displayed by Proteau.

Imagine the newfound 50-thousandaire’s howitzer paired up next to Shea Weber? Forget the $50K cheque, sign him up.