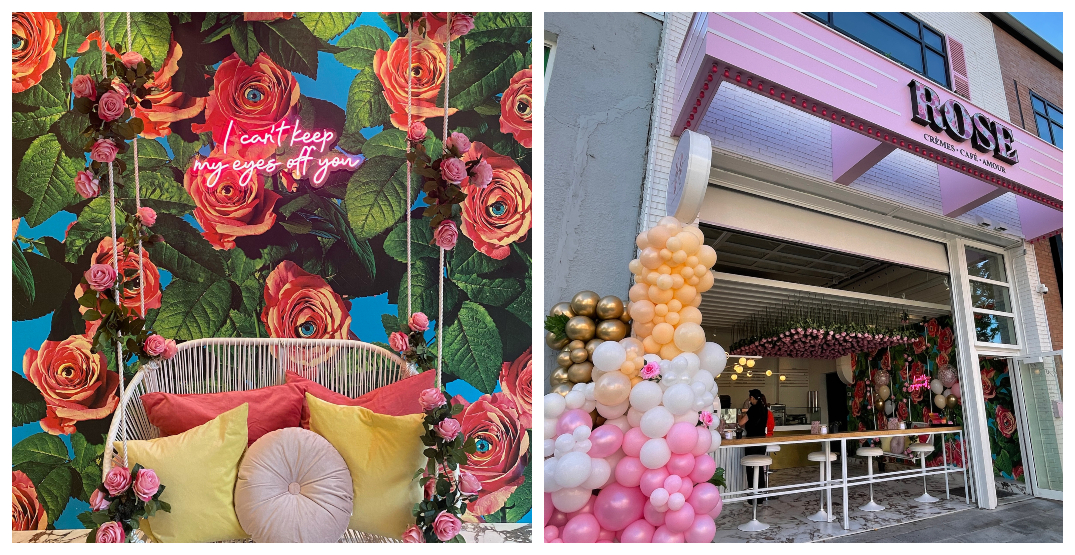 A new eye-catching cafe by the name of Rose recently opened its doors in Montreal. Adjacent to Jarry Park, the flower-themed establishment has been sparking the attention of passers-by.

Much like the decor, their food and coffee, made in-house, are deserving of the same admiration and discovery.

Daily Hive Montreal spoke to the co-owner of the new cafe, Anthony La Para Santori to get the scoop on the newest hotspot in the heart of the Villeray district.

“We fell across this marvelous spot and we just jumped on the opportunity based on the location, because it had a great big garage door and smack right in front of Jarry Park” says Santori, who named the cafe after his own mother. “Next we needed to find a chef, preferably a female one. And we did – the wonderful Sarah Huard, who basically created our whole menu with the owners’ collective vision in mind.”

Santori says that the idea for the mostly Italian menu began with serving sandwiches, desserts, and quick bites but soon evolved “into something proprietary where everything — including the bread, sauces, and gelato — is made in-house.”

As for the decor, Santori says he wanted something “modern and trendy even though the food was going to be slightly old school.” And after sitting down with a designer, who convinced him and his team to fully commit to a floral theme, Rose was born.

Since opening on September 23, the take-out counter has been dishing out delicious homemade goods in a unique picture-worthy space, which for many food enthusiasts, is the ultimate cafe experience.

“If people are going to spend four or five minutes waiting for a nice fresh hot sandwich for their coffee, they now have a nice place to interact with,” says Santori. 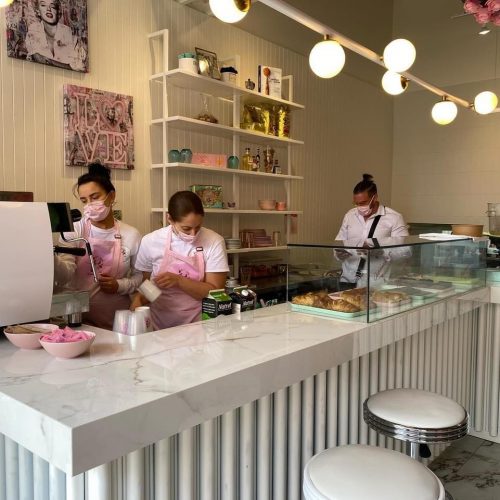