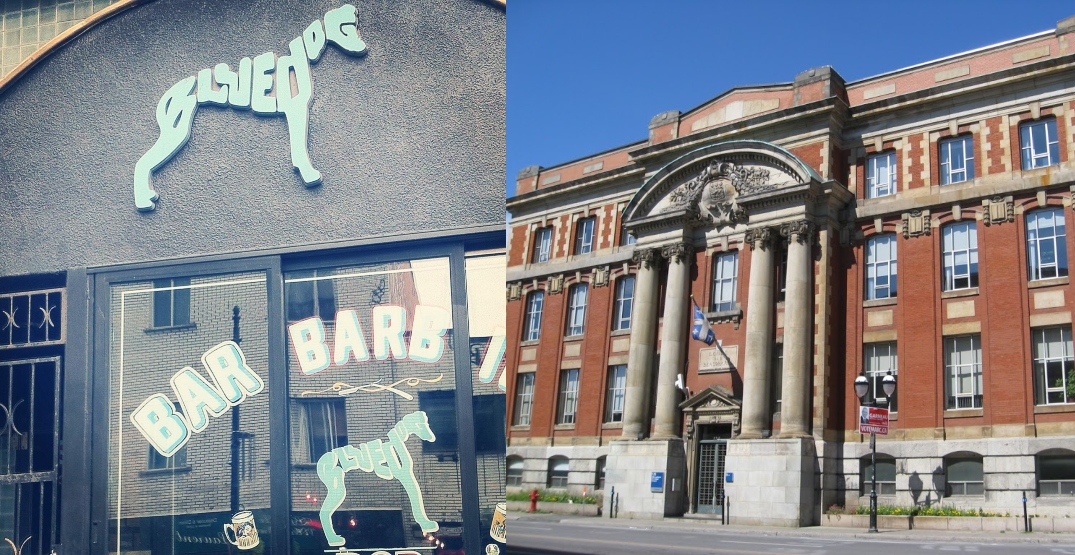 On January 21, the Office Québécois de la Langue Français (OQLF), a provincial agency that aims to promote and protect the French language in Quebec, issued a notice regarding a Montreal bar’s usage of English.

Despite being closed to the public since December 2021, The Blue Dog Motel, the bar and barbershop which received the notice, was scrutinized by the agency for its English Facebook posts and business name.

Earlier this week, the Saint-Laurent bar doubled down and posted the notice it received to Facebook with a sarcastic French caption, that when translated reads: “Thank you to the person who filed the complaint. I hope you have a nice day.”

The bar also shared the image to its Instagram page with a similarly cheeky comment: “Sweet! I mean sucré!”

According to Quebec legislation, the use of another language is permissible in “commercial publications” as long as its French version appears at least as prominently as that of any other language.

The case of Blue Dog’s language scandal is reminiscent of the infamous “Pastagate” incident that occurred almost a decade ago. For those that may not recall, back in 2013, an OQLF inspector sent a letter of warning to upscale Montreal restaurant Buonanotte. Its crime: using Italian words such as “pasta,” “antipasti,” “calamari,” etc. on its menu instead of the French equivalents.
“Pastagate” coincided with Assemblée Nationale’s debate on Bill 14, a bill that aimed strengthen the province’s Charter of the French Language.