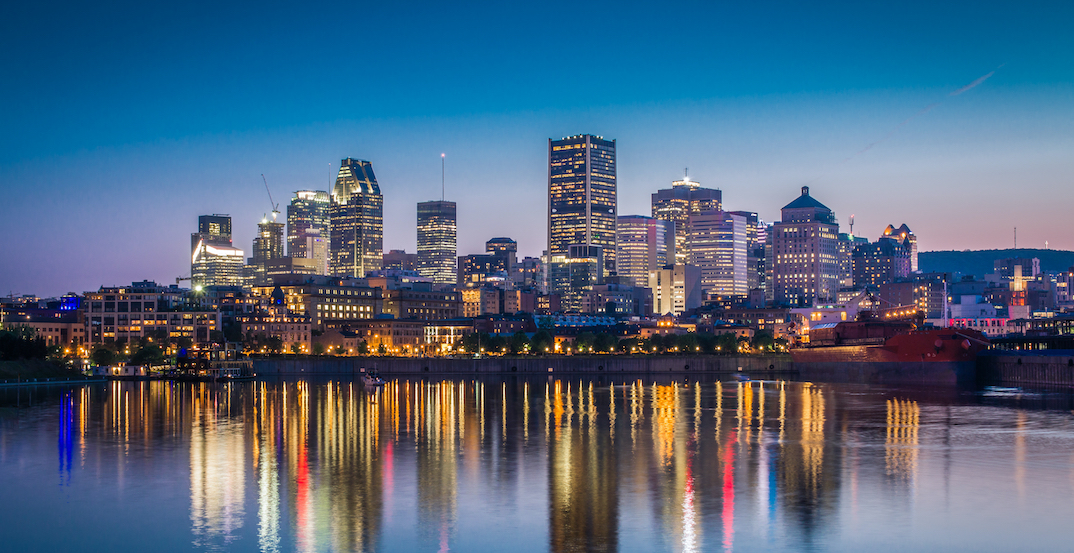 Montreal has been ranked among the top 50 best cities in the world, according to Resonance Consultancy’s World Best Cities 2021 report.

The tourism, real estate, and economic development advisor, based out of Vancouver and New York, releases the ranking annually. This year, Montreal placed 41st, just after Houston, Seattle, and ahead of Hong Kong.

Montreal ranked as the third-highest Canadian city on the list behind Toronto (13th) and Vancouver (34th).

The report ranks the relative quality of the world’s “principal cities” — the largest city in each metropolitan statistical area — with populations of one million or more, based on categories ranging from the physical place, to prosperity, and people.

According to the report, Montreal gained points for its “outgoing, two-cheek kissing” culture and highlighted the city’s events, activities, shows, and festivals (in the pre-COVID-19 days), McGill University’s reputation, and the city’s growing tech industry.

Overall, the report analyzes cities based on the following categories:

Place – Focuses on the layers of a location’s physical experience. Think weather, safety, neighbourhoods and landmarks, and the great outdoors.
Product – Described as the ranking of a city’s “hardware,” looks at airport connectivity, attractions, museums, university rankings, and the like.
Prosperity – Focuses on number of Global 500 corporate headquarters and GDP — Gross Domestic Product — per capita.
Programming – Measuring the “the experiential pillars of a great visit: food, shows, shopping and nightlife,” this category encompasses culture, nightlife, dining, and shopping.
Promotion – Covering a city’s “ability to tell its story,” this section looks at Facebook check-ins, TripAdvisor reviews, Google searches, Instagram hashtags, and more.
People – This measures how diverse a city’s population is, as well as the percentage of the population with a bachelor’s degree or higher. 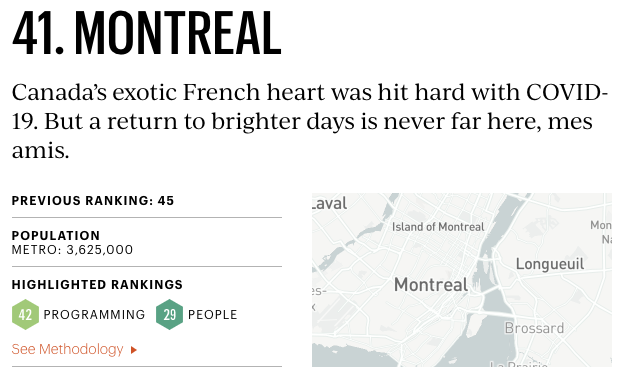