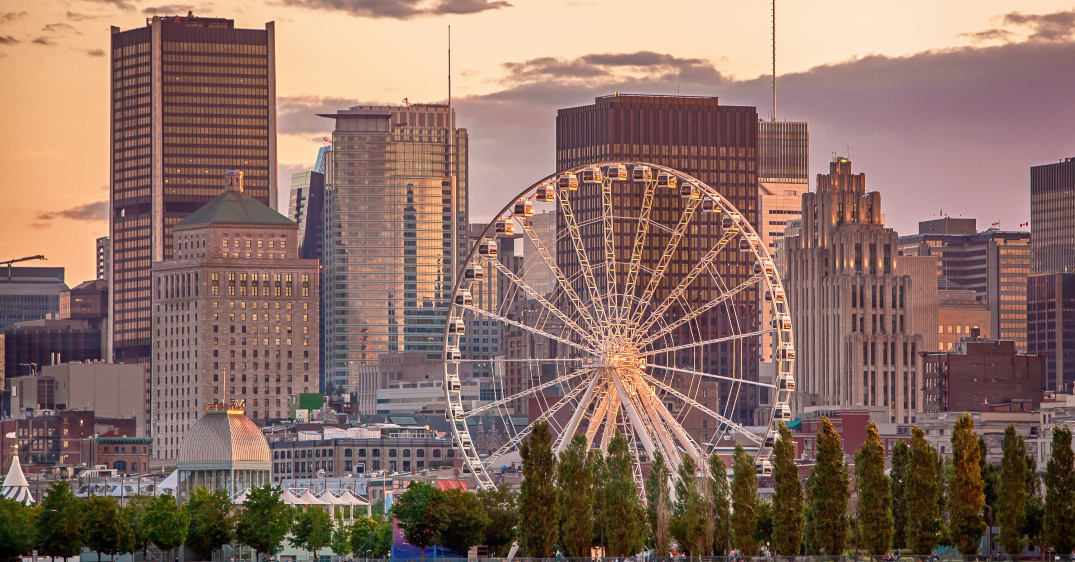 Isn’t this the dream? Move to Montreal as a young adult, get a good-paying job, catch a Canadiens game every once in a while and ride off into La Belle Province sunset.

Speaking of La Belle Province, fitting those $2 hot dogs into your monthly budgets might not be a bad idea, at least for your wallet.

Montreal is a vibrant city. It’s full of culture, history, beautiful landmarks, good people and it’s not overly expensive to live in.

According to Numbeo, a website that compares the cost of living in cities around the world, the average for a single person monthly costs in Montreal is $1,100.14 (rent excluded).

Simply put – it’s not cheap living in Montreal but it could be worse (you could live in Toronto).

Gone are the days of hand-me-down homes from parents, constantly-full gas tanks and a fridges full of food – adulthood is real. So, to show just how expensive living in this city can be, we broke down monthly costs based on a single person living and renting in downtown Montreal (while trying to have any kind of life).

Numbeo averages the cost of renting a one-bedroom apartment in downtown Montreal at $1,267.50.

But that cost doesn’t include hydro or internet. Considering heating, hot water and Instagram are equally important, we’re going to average Numbeo’s basic utility averages in as well.

Gone are the glory days of having a home phone. You know, a phone that answered and made calls, sometimes kept voice messages and that’s it.

These days, even though service providers dangle $35 per month deals in front of us, usage charges usually hover around the $65.00 per month range, according to PlanHub’s Quebec averages.

And since we’re looking at minimum costs, $65 is being lenient – too much YouTube-watching on the bus can make these monthly costs skyrocket.

We’re going to hold off on buying/leasing cars and renting taxis/Ubers for this one.

Many downtowners know that Montreal is small enough to generally walk from point A to B in the city’s core. Plus, when the weather gets nice, the bike paths are perfect travel alternatives.

For people who use public transit however, Montreal has an effective and relatively inexpensive public transport system, considering you can get all over the island. Monthly passes cost $90.50 per month, according to the STM.

Considering those $2 steamy hot dogs, yet?

Taking in Numbeo’s average Montreal prices for the basic market items, being purchased once a week, comes to a total monthly average of $423.44 for a single, early 30-year-old on a basic diet.

That includes all the basics: milk, bread, eggs, chicken, beef, apples, bananas, lettuce and rice — along with meat, cheese and wine/beer.

We’ll hold off on the May Wests and Froot Loops, for now.

According to Numbeo, the average price of a three-course meal for two at a mid-range restaurant is $80.00 – a figure that seems pretty low, especially considering the cost of booze. To make it more realistic, add another $30.00 to the tab and assume the lowest you’ll pay is roughly $110.00 if you want a drink.

Realistically, a month includes at least one dinner, a brunch or two, some food delivery apps, and a couple of movie nights. You’re looking at a minimum of $220.00 per month, and that’s if you’re forcing yourself to stay in most nights (you are paying $1,400 a month for an apartment, why not stay in?)

Because the party never really stops, we’re giving this its own category. Heading out for a drink (or seven) keeps many downtown dwellers sane, and it’s one expense we happily choose to cover.

On average, expect to fork out $10 per drink in downtown Montreal, including tip. And since there are generally four weekends per month, if we average going out one night per weekend (again, important for staying sane), and have 2-3 drinks per outing, we’re looking at $90-120 at least.

One of the major attractive features for many living in Montreal is the healthy lifestyle the city offers. From the multitude of gyms, to spin and yoga classes, there’s no shortage of options to stay in shape.

According to a Numbeo, fitness clubs average $45.02 per month, for adults in Montreal.

We wouldn’t be true downtown residents without supporting our local coffee shops, and there are so many gems to choose from, sorry Starbucks.

Keeping the coffee purchases minimal sans fancy sprinkly drinks, just a large coffee here, and an Americano there ($3), it adds up to about $4o.00 monthly for the nectar of the caffeine gods.

Considering Numbeo averages a monthly Montreal salary at $3641.02 (after taxes) that leaves an average of $1084.06 a month to be split between paying off credit cards, school debt, and a mythical bank account called: savings.

In other words, if you’re a single, young adult looking to live alone in downtown Montreal, it can get pretty expensive and moving in with significant others or roommates is not a bad idea.

Or, you can seriously consider those $2 Belle Pro hot dogs.