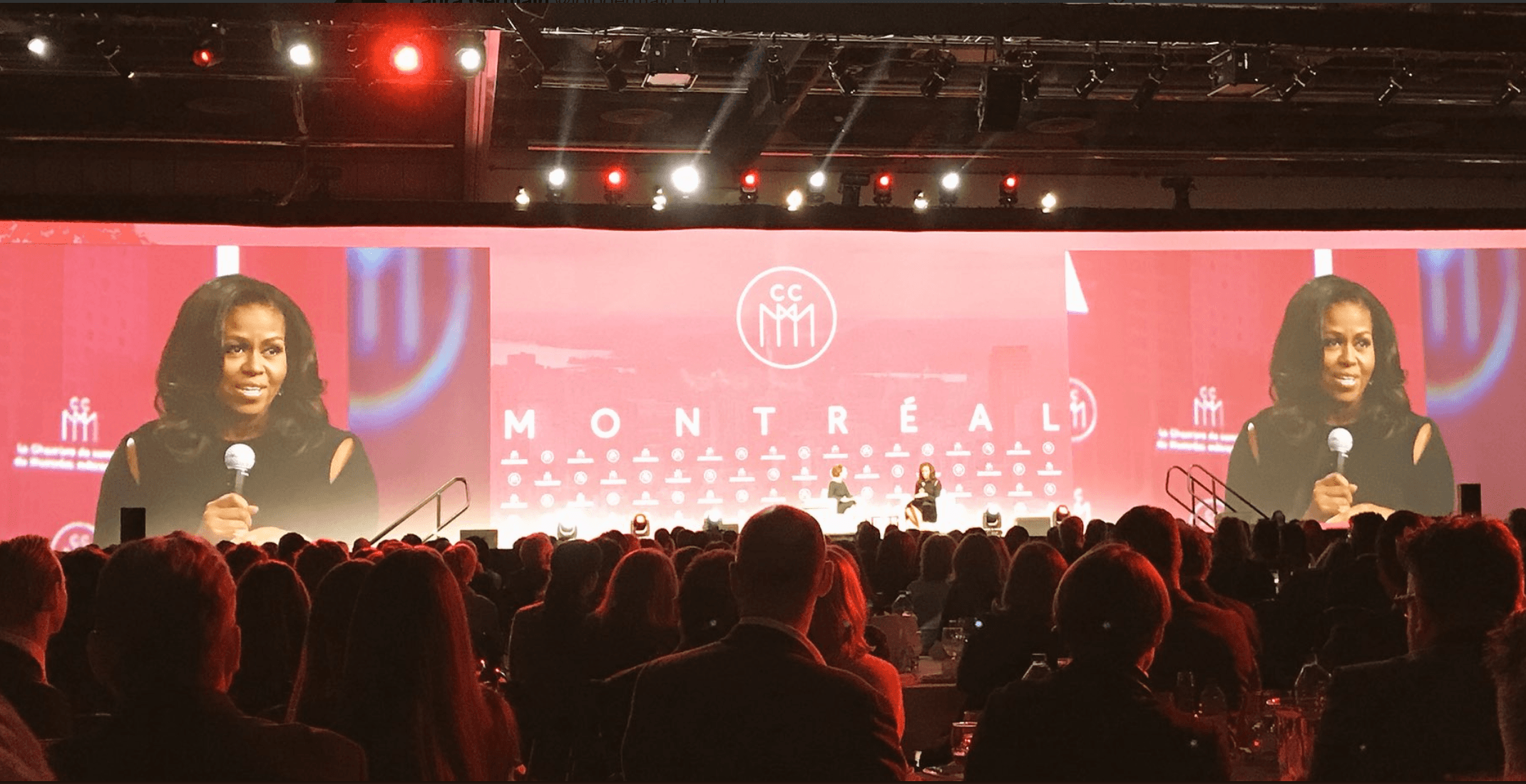 Former first lady Michelle Obama inspired a sold-out crowd of over 10,000 people at the at the Palais des congrès on Monday evening.

Obama was in town for the Bell International Leaders series, organized by the Chamber of Commerce of Metropolitan Montreal. Canada’s very own “First Lady” Sophie Grégoire Trudeau and Montreal Mayor Valérie Plante were also in attendance.

Sévrine Labelle, president of women’s entrepreneurial group Femmessor, was on stage interviewing Obama. “Every time you speak in front of an audience, magic happens,” Labelle told Obama. “Tonight is no exception.”

“We’ve got to be figuring out how we can change the status quo. Which means if you’re ever sitting at a table that looks like one gender, one race, you have to question that,” said Obama as the crowd responded with applause.

There’s no doubt that Montreal showed a lot of love towards Obama last night as her words resonated with those in the crowd.

“It’s going to be hard to leave and go back home,” Obama joked with the audience.

The former first lady has several more speaking engagements in Canada, including upcoming stops in Vancouver and Calgary.

“You’re part of the problem if you are not willing to look around, question the status quo and make changes” @MichelleObama to Business leaders on Diversity & Inclusivity #LeadersBellCCMM

When they go low, you go high! @MichelleObama raised the roof thanks @chambremontreal #LeadersBellCCMM pic.twitter.com/DnBPP9ZJJq