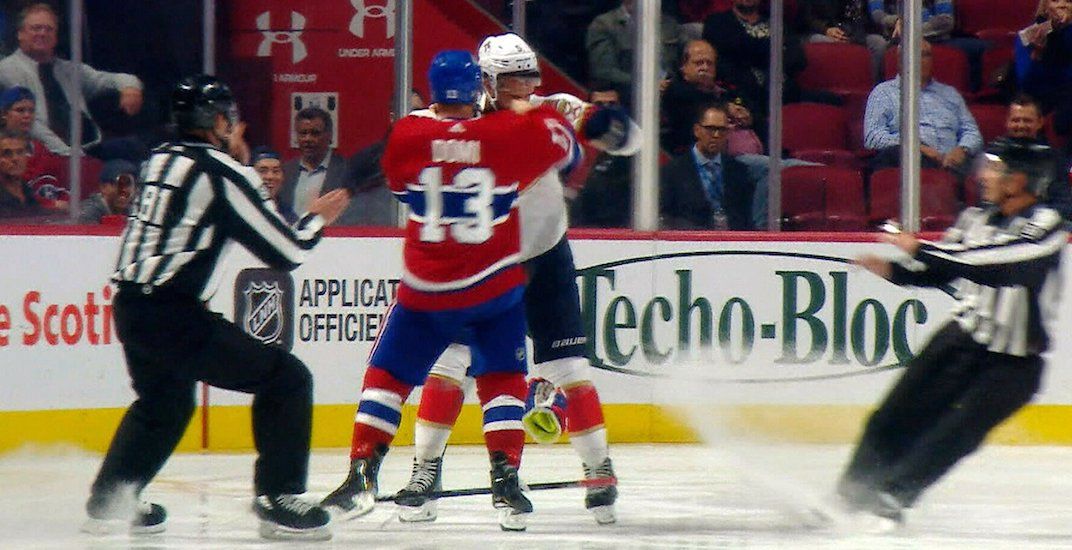 Playing in a Canadiens jersey for the first time, at the Bell Centre, Domi made headlines for all the wrong reasons.

Domi has been suspended by the National Hockey League for the remainder of the preseason for his sucker-punch on Aaron Ekblad during Wednesday’s game against the Florida Panthers.

Domi was assessed a match penalty for roughing, which left Ekblad bloodied.

The 23-year-old will miss the next five preseason games. Luckily for Montreal, he is eligible to return for opening night on October 3.

Domi was acquired in an off-season trade with the Arizona Coyotes for Alex Galchenyuk. Though both players were first-round draft picks, Domi was expected to bring more grit and determination than the highly-touted Galchenyuk.

That’s an element the Habs will welcome, provided he doesn’t cross the line like he did this time.