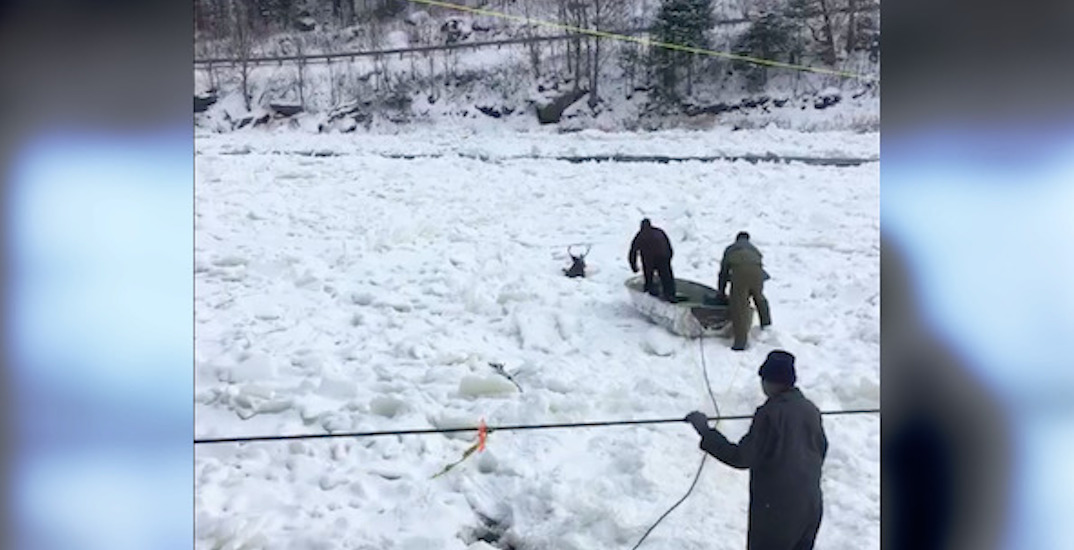 November’s early onslaught of harsh winter weather has been tough on everybody to start the season and members of the Mauricie community came together to help a young deer who needed it.

A deer fell through the ice on the Batiscan River in La Mauricie, a region about 230 km north of Montreal.

A video of the rescue was shared on Jacinthe Arsenault Facebook’s page, which has received over 26,000 views since it was uploaded on Friday.

During an interview with Daily Hive Arsenault said that wildlife control had been called after a passerby noticed a deer was stuck in the river’s thin ice.

Once the Ministère des Forêts, de la Faune et des Parcs said they were more than an hour away, neighbours began to gather to help the stranded deer, according to Arsenault.

Part of the deer-helping group brought a small boat into the water near the deer and others tied a rope to the deer’s antlers to pull it out of the freezing water.

Arsenault says the deer was stuck in the frigid waters for over two hours and after a quick rest, bolted back into the wild.

Arsenault also took time to thank “all the people who helped save the deer’s life.”